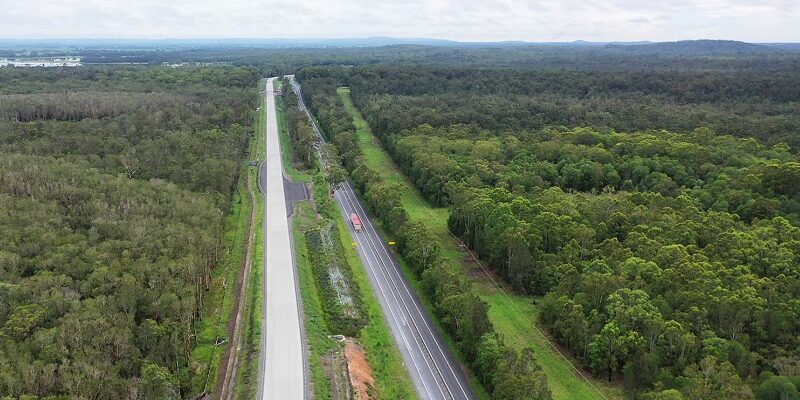 It’s taken more than 20 years, $15 billion and more than 40,000 people on the job – and now the country’s biggest regional road project has hit the finish line, with the final section of the Pacific Highway upgrade between Woolgoolga and Ballina opening thanks to The Nationals.

“This project is already delivering safer, quicker journeys right up and down the coast and we’re going to see even greater dividends having honoured our commitment to open to two lanes each way by the end of 2020,” Mr McCormack said.

“Improving safety has always been the driving force behind the upgrade and we have already seen fatalities drop by more than 75 per cent since work began to make the entire length a four-lane dual carriageway.

“It’s been a remarkable, history-making project and I look forward to seeing this downward trend continue in years to come as we work towards a zero road toll.”

NSW Nationals Regional Transport Minister Paul Toole said the project has delivered an enduring legacy for the state and nation while being a major investment driver into regional communities during its construction.

“The Pacific Highway upgrade created more than 3000 jobs during the peak of the Woolgoolga to Ballina project alone, injecting millions into local economies at a time when it was needed most,” Mr Toole said.

“Many indirect jobs were also created, improving productivity and economic growth right up and down the east coast of NSW, while contributing to the long-term upskilling of the workforce.

“Thousands of workers can now drive this highway, knowing they’ve helped deliver one of the most important road upgrades in our state’s history and ensure safer, faster trips right along the North Coast.”

NSW Nationals Member for Page Kevin Hogan said while the project started in response to a horrific crash in Cowper in 1989, it had become much more than just a safety upgrade.

“The positive impacts of the project will continue to be felt right along the NSW North Coast, transforming tourism, freight and local journeys into smoother, and more reliable ones, which is critical for our local economies,” Mr Hogan said.

“This key piece of infrastructure will contribute to a stronger and more prosperous region by ensuring products can get to where they need to be quickly – something we have seen become especially important this year.”

NSW Nationals Member for Clarence Chris Gulaptis said the completion of the Pacific Highway upgrade was perfectly timed to serve the recent boom in regional tourism by improving access along the entire length of the coast.

“We’ve installed the largest directional signs in NSW to showcase what each of our bypassed towns along the Pacific Highway have to offer, so I would love even more people to visit our region and check out what they have to offer.”

Minor finishing works will be carried out along sections of the Pacific Highway into the New Year. The NSW Nationals in the state and federal governments jointly funded the Woolgoolga to Ballina Pacific Highway upgrade on an 80:20 basis.