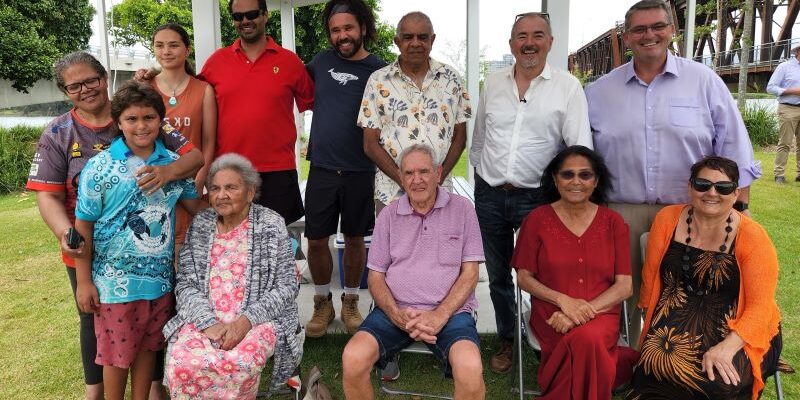 The new bridge over the Clarence River at Grafton has been officially named Balun Bindarray Bridge.

Nationals Minister for Regional Transport and Roads Sam Farraway said the new name was chosen after extensive consultation with the Bundjalung and Gumbaynggirr Aboriginal communities, the wider community, and Clarence Valley Council.

“There was strong community support for the new bridge to be given a name that is relevant and significant to the two Aboriginal nations that have called this section of the Clarence River home for tens of thousands of years,” Mr Farraway said.

“After extensive consultation with representatives of these two nations and a survey of the respective Aboriginal communities, Balun Bindarray was chosen as the new name and has been approved by the Geographical Names Board.

“The new $240 million bridge has eliminated peak traffic congestion in Grafton, which means local people are spending less time sitting in traffic and more time with their families and friends.”

“It is a simple and relevant name for the new bridge which helps to promote a wider understanding of some of the differences in language among the Aboriginal tribes of the Clarence,” Mr Gulaptis said.

“The Clarence River is the boundary between the Gumbaynggirr and Bundjalung nations, so it is pleasing to have a name that is supported by both tribes.”

“The approaches and the two lanes crossing the bridge will be called Shirley Way in recognition of the first female mayor of the Grafton City Council and long-time Jacaranda Festival supporter, Shirley Adams,” Ms Black said.

“Shirley Adams was a great ambassador for Grafton and the Clarence Valley, and it is fitting her legacy will be remembered through the road onto one of the most important pieces of infrastructure in the city.

“Shirley was a trailblazer in local government circles; being the only woman elected to the position of Mayor of Grafton City Council, serving on many committees and sub-committees at local and state levels.

“This included being the first woman elected to the role of Chair of the Country Mayors Association of NSW.”

Ms Adams was awarded the Order of Australia Medal (OAM) in 1989 and during her life was deeply involved in the NSW Girl Guides, the United Hospital Auxiliary, Meals on Wheels, Grafton Historical Society, CWA and many more organisations.