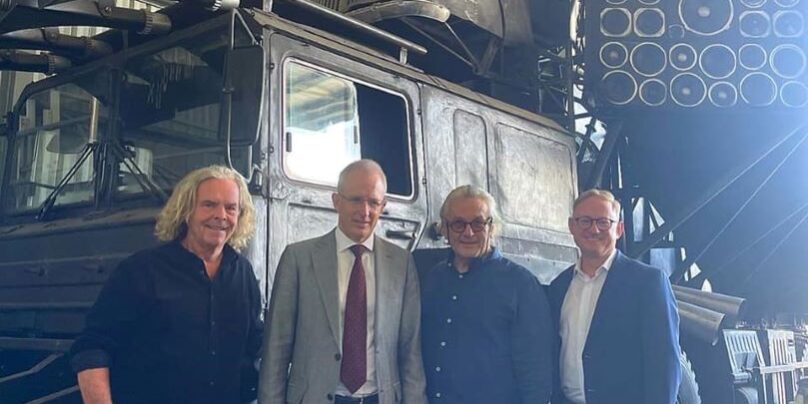 Starring Chris Hemsworth, Anya Taylor-Joy and Yahya Abdul Mateen II, Furiosa will be the largest feature film to ever be produced in Australia.

The film has a budget of more than $384 million, and will create an estimated 850 jobs.

“As Minister for the Arts, I am so proud that the NSW Government is supporting the production of this film through the Made in NSW fund and the Post-Digital & Visual Effects rebate,” Mr Franklin said.

“This is a strong incentive for film studios to choose to invest in NSW as a site to produce high-quality work for global audiences.

“I would like to thank George and Doug for giving us a tour of the workshop and I am excited to watch Furiosa when it finally hits the silver screen!”

It’s been reported that filming will take place in Broken Hill from April through to June this year.

The second movie in the Mad Max series – Mad Max 2 – will filmed near Silverton around 40 years ago.

Furiosa is scheduled for release in May 2024.