Full steam ahead for iconic 3801 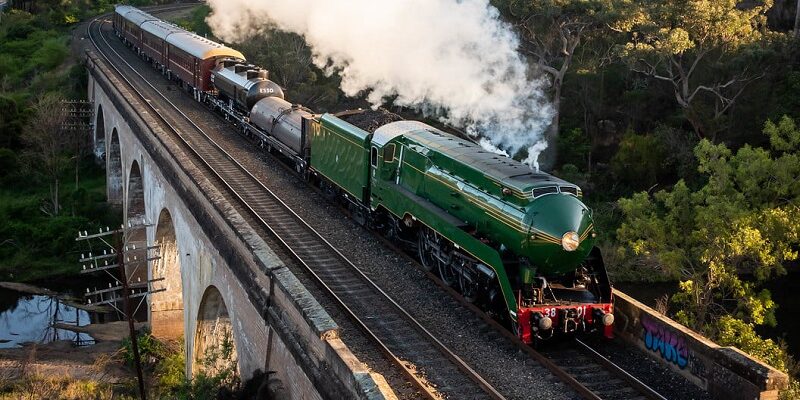 A defining part of Australia’s steam train history returned to the rails this weekend after more than a decade.

“From this weekend, 3801 is offering customers the chance to go back in time,” Mr Toole said.

“No other steam engine in Australia has captured the imagination of rail enthusiasts and the public as much as 3801, so this is an exciting opportunity for people across NSW to take a trip on the state’s most iconic steam locomotive.

“This starts a new chapter in the life of the historic and much-loved locomotive.

“I would like to thank the volunteers and staff who have worked closely with Transport Heritage NSW in the past decade to make this all possible.”

In the next few months, 3801 will also make trips to the Southern Highlands, Albury, Wagga Wagga, Junee, the Blue Mountains and towns in western and northern NSW, sharing the magic of the steam era right across the state.

When 3801 first launched in 1943, it instantly changed the image of the NSW Railways with its streamlined art-deco style.

The long-serving flyer made its first journey from Central Station in 1943 and operated as an express passenger locomotive between the Hunter and Sydney, and later as a freight locomotive until being formally withdrawn from service in 1962.

It became famous for being the only steam locomotive to have travelled to all mainland Australian states and territories.

For more information on the 3801 regional tour visit www.thnsw.com.au/3801