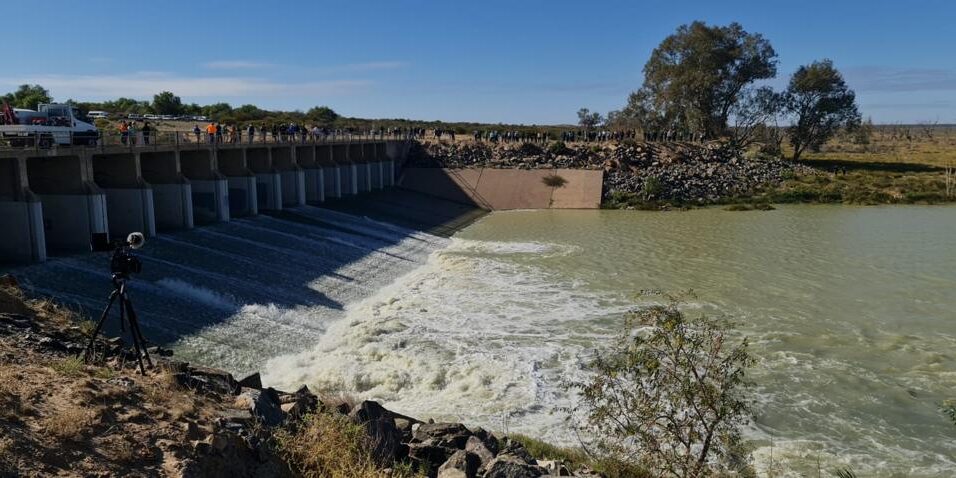 Water is making its way into Lake Menindee in far western NSW for first time since 2016.

Following a major rain event in northern NSW and southern Queensland in March, up to 850 gigalitres is expected to be delivered into the lakes system by early June.

NSW Nationals Minister for Water Melinda Pavey said while much of the initial flow will be absorbed by the parched lakebed, the return of the water restores long-term government environmental watering objectives, which were put on hold by severe drought.

“Lake Menindee is a precious environmental and cultural asset. While the volume of water which will enter that lake will be comparatively small compared to Wetherell and Pamamaroo, the water will rejuvenate the foundations of its complex ecology,” Mrs Pavey said.

“By the end of this event, around early June, we will have the two upper lakes at capacity, water returning to Lake Menindee, and a welcome extension to the water security outlook for the farm families and communities of the Lower Darling,” she said.

“The return of water to Lake Menindee is not just a welcome step in hopefully re-filling the Menindee lakes, it represents a symbolic last nail in the coffin of the drought that held this region and much of the state in its cruel grip for so long.”

“The increase in available food resources would benefit waterbirds as well as fish and turtles into the future,” Mr Marshall said.

“Past refilling of the lakes have seen these animals become highly productive and provide opportunities for species to complete lifecycles and replenish egg deposits in drying sediments.”