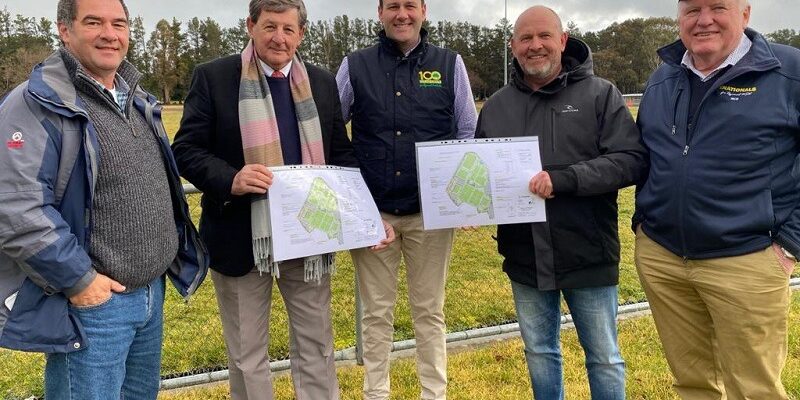 NSW Nationals Upper House MP Sam Farraway has made the importance of the Orange Sports Stadium clear, by calling for shovels to be in the ground by December.

“Orange shouldn’t have to wait any longer for this project to commence, now is the time to hand over the $25 million and provide a timeline for the sporting precinct to be completed,” Mr Farraway said.

“I want to see shovels in the ground and work going ahead before the end of 2020. I have made this view clear to my Government colleagues in Macquarie Street and have advocated for the $25 million to be included as part of the NSW Government’s $3 billion Infrastructure and Job Acceleration Fund.

“As a Government, we are focused on jobs, infrastructure and supporting local industries – this project ticks all of these boxes. Not only will it provide jobs in the building process but it will provide this community with a dedicated one-stop sporting facility that a regional city like Orange deserves.

“The Nationals wanted this to be an election commitment because we saw the important role this project had to play in the future of this growing city and broader Central West region.”

Former NSW Nationals Upper House MP Rick Colless said that this commitment was one that The Nationals were not going to stand down on.

“This was never a project that we were simply going to let get lost in the bureaucracy and never come to fruition,” Mr Colless said. “It is clear that Orange City Council have come a long way in the planning of this precinct since the commitment was made and it is great to see Sam continuing to fight for work to begin.”

Orange City Council mayor Reg Kidd said that the council was ready for the precinct to go ahead with all the boxes ticked from their end.

“Orange City Council have finalised the site, the business cases and are ready to see construction begin. The excitement of knowing this precinct was going to become a reality will never go away, but we are ready to start digging!

“The opportunity this precinct will bring to not only Orange, but surrounding communities will benefit all members of our community for generations,” Cr Kidd said. “It would be a real positive for our local businesses, sporting organisations and families to see a project of this scale underway, through what have been quite tough times for many.”

Mr Farraway said he had already held countless meetings with Deputy Premier John Barilaro on the importance of this precinct, and wouldn’t stop until the funding was released to Council and shovels were in the ground at Sir Jack Brabham Park.

The NSW Government’s Infrastructure and Job Acceleration Fund was announced after the scrapping of Stadium Australia and will provide $3 billion to expedite select infrastructure projects across NSW.