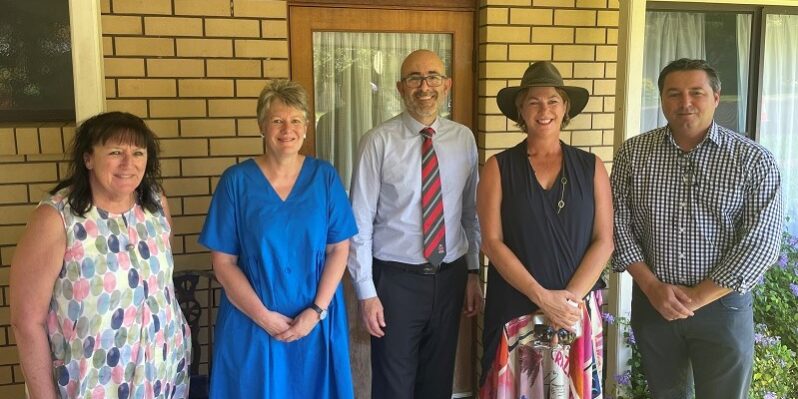 Up to 40 affordable homes will be built across two locations in Bellingen for low-income older women following a landmark agreement between the state and federal governments and the Royal Freemasons Benevolent Institution (RFBI).

State Nationals Member for Oxley Melinda Pavey said the governments will jointly fund the $10 million cost of the project, which will help deliver much-needed homes for low-income women over the age of 55.

“House prices and rents on the mid-North coast have risen by 30 per cent in the past 12 months, placing incredible pressure on housing markets like Coffs Harbour and Bellingen,” Mrs Pavey said.

“Women aged 55 and over are the fastest growing demographic when it comes to homelessness and this agreement will allow us to bring forward new homes faster. This $5 million investment by the State Government will change the lives of vulnerable people for generations to come”

Federal Nationals Member for Cowper, Pat Conaghan, said under the agreement, the affordable housing dwellings will be built across two sites owned by the RFBI at Watson Street and Bowra Street in Bellingen.

“In order to tackle some of the housing challenges facing NSW, we need to embrace partnerships,” Mr Conaghan said.

“The RFBI put forward an innovative proposal that I agreed was critical for our community. That day, I contacted then Deputy Prime Minister Michael McCormack to secure the $5 million of Federal funding. The day following the appointment of Barnaby Joyce back into the role of Deputy Prime Minister, I met with him to ensure that funding would continue. This project represents value for money to Government and will ensure a safe space for older, vulnerable women.”

Frank Price, CEO of RFBI said, this project has come directly out of local community concerns and our mission as an organization to care for the vulnerable.”

The RFBI is a registered charity that operates retirement villages and nursing homes across the NSW and ACT.