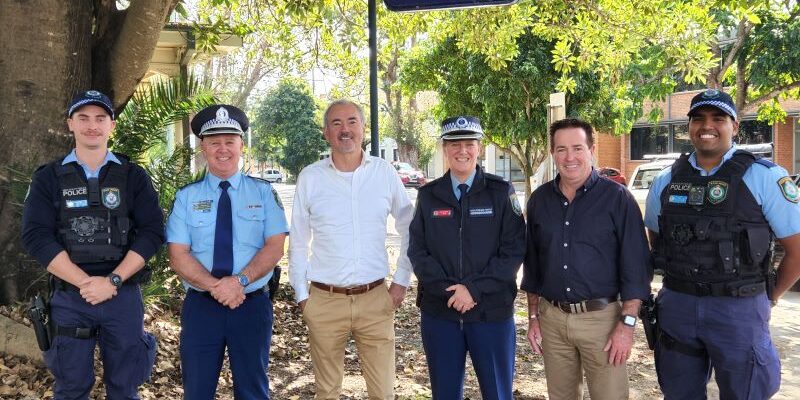 NSW Deputy Premier, Nationals Leader and Minister for Police, Paul Toole joined Clarence Nationals MP Chris Gulaptis for a visit to Grafton Police station and confirmed the number of officers in the two Police Districts serving the Clarence and Richmond Valleys will each increase by eight in the coming year.

Chris Gulaptis helped negotiate a deal with the Police Association of NSW prior to the last election for record increases in recruitment and that has now resulted in 24 more officers for the Coffs/Clarence Local Area Command and 22 for the Richmond LAC.

“That deal was signed with Police Association of NSW President Tony King, a former Grafton detective who has just returned to duty in the region, having completed a successful term representing officers of one of the largest police forces in the English speaking world,” Mr Gulaptis said.

“Our cops are tops and I wanted to bring the Minister to Grafton to thank officers for their outstanding service through the pandemic and floods and to listen to their ideas on the future policing of our region.”

The Deputy Premier and Mr Gulaptis met officers in Grafton including the Commander of the Coffs/Clarence Local Area Command Superintendent Steve Clarke, popular long-term Grafton Inspector Jo Reid and Constables Cooper Rogers and Rahul Maharaj who are two of the station’s newest recruits.