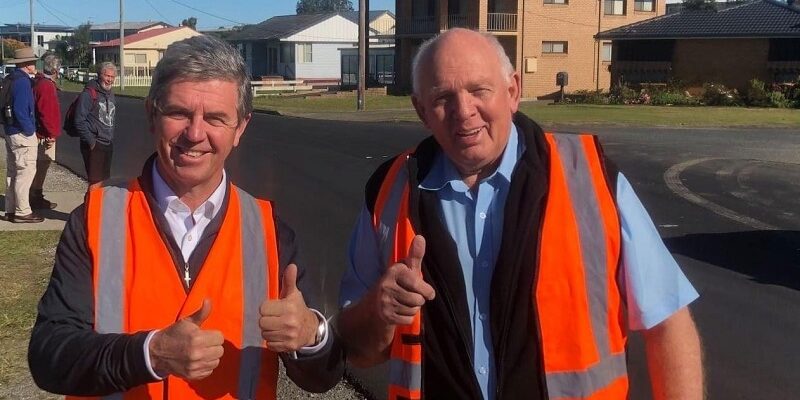 Planning is moving ahead for an upgraded intersection on the Pacific Highway at Harrington and Coopernook roads, with survey investigations underway.

This $60 million project is funded by the NSW Nationals in the federal and state governments on an 80:20 basis.

Deputy Prime Minister and Minister for Infrastructure, Transport and Regional Development Barnaby Joyce said the NSW Nationals in the federal government have committed $48 million towards the project.

“A grade-separated interchange will improve safety and traffic flow at this location, which has had seven crashes in the past six years resulting in one fatality,” Mr Joyce said.

“It’s the next stage in improvements after the full duplication of the Pacific Highway and I welcome the work being carried out to progress the design for this upgrade.”

NSW Deputy Premier and Minister for Regional Transport and Roads Paul Toole said the Coopernook to Herons Creek section of the upgraded highway opened to traffic in July 2010, improving safety for through traffic and locals alike.

“With the final section of the Pacific Highway duplication opening to traffic in December last year, the next logical step is to improve safety at intersections which open directly onto this busy route,” Mr Toole said.

“About 5,000 vehicles move through the intersection each day and the overpass is essential to keeping local motorists safe,” Dr Gillespie said.

“Traffic counters are being installed and surveyors are carrying out early works to develop the concept design, which is expected to be displayed for public comment next year. I’m thrilled to see work underway on such a significant safety improvement for our region.”

Transport for NSW will engage a contractor in the first half of the year to continue developing the concept design for the intersection improvements and start work on the Review of Environmental Factors (REF).

Some of the investigation work used to help inform the concept design and REF will include traffic modelling, drainage, road and structural designs, as well as environmental studies including biodiversity and flooding studies.

More information is available at http://nswroads.work/pacifichighway