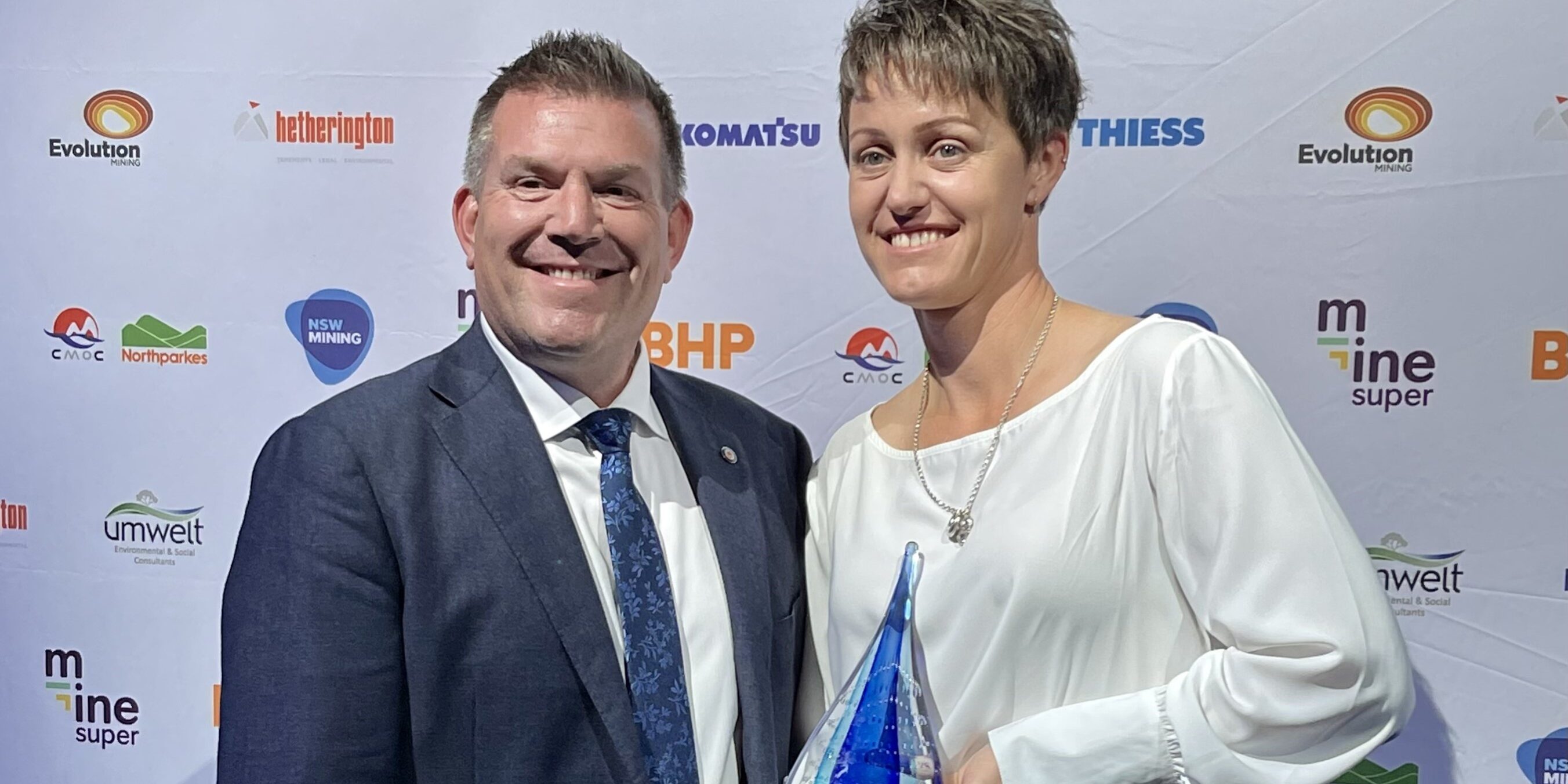 Growing up in Cobar, with parents employed in mining, Casey was always aware of the industry’s importance to her community.

She commenced her career as an underground truck operator. Her persistence in the face of challenges saw her advocate for overdue promotion for herself and other women and become the first woman on-site to gain a Blasting Explosives User Licence.

Nationals Member for Dubbo, Dugald Saunders, congratulated Casey on her achievement, which was announced at the NSW Women in Mining Awards 2022.

“The NSW Women in Mining Awards recognise and celebrate the achievements of leading women in the NSW mining industry, many of whom I was able to meet at the presentation last night” Mr Saunders said.

“Coming up against three other women in her category, this is a fantastic result for Casey.

“Casey has been a great role model and champion for women in mining, advocating for overdue promotions for herself and other women, while also encouraging women to take on non-traditional roles in mining.”

The NSW Women in Mining Awards are given in six categories, including:

Casey will go on to represent NSW at the Women in Resources National Awards, hosted by the Minerals Council of Australia, in Canberra later in the year.