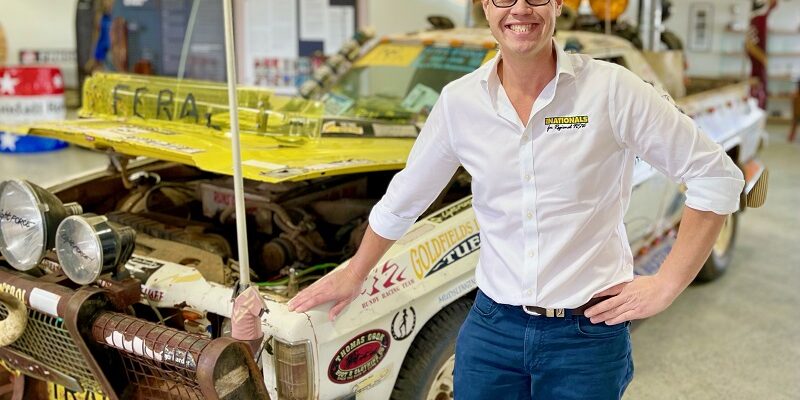 Ute enthusiasts can now celebrate the spirit of the Deni Ute Muster all year round with a new museum showcasing 22 years of the festival officially opening its doors thanks to funding from the NSW Nationals in the state government.

“It was fantastic to represent the government at the opening of the new museum – a brand new and innovative space where patrons can enjoy the history of the Deni Ute Muster and celebrate the Aussie icon that is the Ute” Mr Fang said.

“The Deni Ute Muster attracts up to 20,000 people annually and whilst the last year has certainly been a challenge, I know this investment will only add to the many reasons for people to visit Deniliquin well into the future”.

Located on the site of the popular event, the new attraction received $1.6 million in total from the NSW Nationals in the state government. The funding was committed towards the construction of the museum, which includes conference and meeting rooms for staff to plan future events.

Deputy Premier and Minister for Regional NSW John Barilaro said the Deni Ute Muster Museum will be a great tourist spot, attracting many visitors across the state to Deniliquin each year.

“Our economy is returning stronger than ever, keeping more people in jobs and I know that this investment will ensure that the festival will be bigger and better than ever when it is held in October in 2021,” Mr Barilaro said.

“Major events like the Ute Muster showcase our regional places and communities to people across the country and contribute significantly to our regional economies by attracting more visitors to the region.

“The NSW Government is investing record amounts to deliver projects to stimulate regional economies and boost drought resilience, but we’re also backing community projects like the Ute Muster Museum that make a difference to life in our regions.”

The NSW Nationals in the state government’s $170 million Drought Stimulus Package aims to mitigate the employment and income effects of drought in regional NSW by delivering economic stimulus to affected regions.

For more information on the Drought Stimulus Package, visit: nsw.gov.au/drought-stimulus-package