“Delivering on the potential of regional Australia and rebalancing our nation” 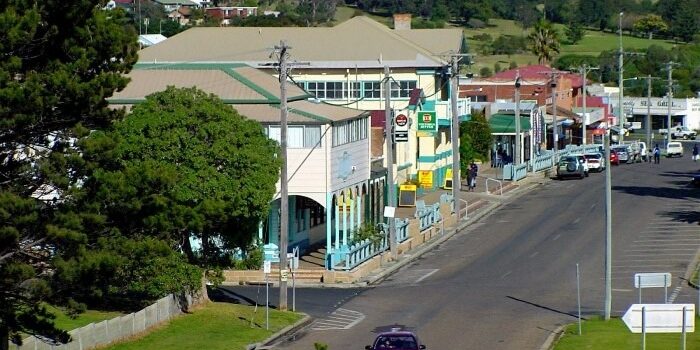 The Nationals have always known that the regions are the best place to live.

Now, a new report by the Regional Australia Institute (RAI) has set a target of 11 million people living prosperously outside the capital cities by 2032.

The target is a key goal announced as part the Regionalisation Ambition 2032 plan, which the RAI has launched at a National Summit in Canberra.

Achieving this target will see an extra 500,000 people living in the regions, above the estimated prediction of 10.5 million.

RAI CEO Liz Ritchie said the Regionalisation Ambition 2032 – a Framework to Rebalance the Nation – was a national first. It places 20 key targets at the centre of strengthening our regions which will close the divide between life in the city and the country.

“Today marks an historic day, and the start of a collective national movement to see a more productive and liveable Australia,” Ms Ritchie said.

The Regionalisation Ambition 2032 sets out the goals and targets under 5 key pillars – Jobs and Skills, Liveability, Population, Productivity and Innovation and Sustainability and Resilience.

After 11 years of research, these are the areas the RAI says are holding regions back. The Regionalisation Ambition 2032 aims to put regional Australians on a ‘level playing field’.

“Regionalisation is about delivering on the potential of regional Australia and rebalancing our nation,’ Ms Ritchie said.

We’ve seen more than a 100 percent jump in job vacancies in the last 2.5 years. More than 3.7 million regional Australians live in a ‘childcare desert.’ Regional home building approvals have declined in five out of the last 10 years. Remote students do half as well as their metropolitan counterparts in NAPLAN.

“These issues are all interlinked, complex and equally as important, so the development of a holistic and integrated framework is a momentous step forward to achieving better outcomes for all,” Ms Ritchie said.

“But achieving the targets we have set for 2032 is a challenge not just for the RAI, or even government. For regionalisation to be truly realised, it needs to be a collective effort, a national effort to rebalance the nation – and all Australians have a part to play,” Ms Ritchie said.

“This is $13.8 billion more than under a ‘business as usual’ scenario,” Ms Ritchie said.

“People are voting with their feet and looking for a different life beyond our capitals. Move to More is now more apparent than ever before. But we can’t shift the population dial further if the critical issues facing regions aren’t addressed,” Ms Ritchie said.

“Our research tells us that a megacity future isn’t the right outcome for Australia. We know as a nation we will be happier, more sustainable and more productive if we alter the path we are on,” Ms Ritchie said.

The Framework was developed in conjunction with RAI’s members: leading Australian businesses, local governments and other regional changemakers.

“Today, we also launch the pledges our members have made to bring the ambition to life. During the past 12 months, we have been working with these key players, to show the country what is possible when collective action is undertaken to help achieve the goals set out in the Regionalisation Ambition 2032.

“We are now calling on industry, government, the private sector and community representatives to show their support, by pledging here.

Each year, the RAI will release a progress report outlining an update of pledges and the collective actions undertaken to reach each target by 2032.

To find out more, go to www.regionalaustralia.org.au