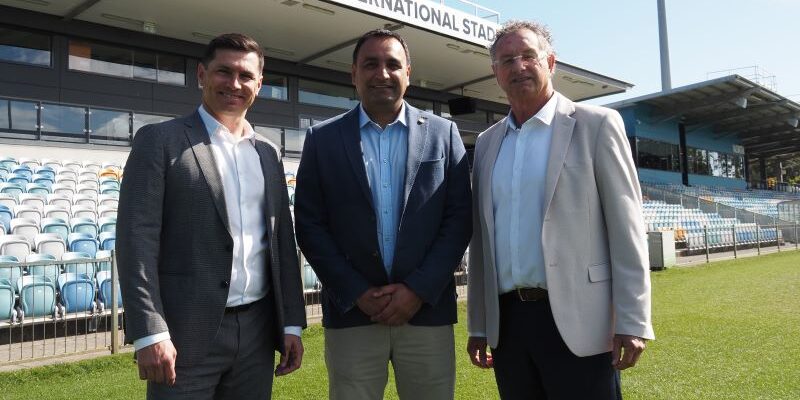 The Inferno National Touch League will continue to call Coffs Harbour home until 2026, following a new agreement with the NSW Government.

Nationals Member for Coffs Harbour Gurmesh Singh and Nationals Minister for Tourism Ben Franklin have announced the government’s continued support for the event for a further four years.

“We have proudly hosted the Inferno National Touch League in Coffs Harbour since 2011 and watched it grow each year, so I am delighted its home here is locked in until 2026,” Mr Singh said.

“The event showcases our world-class sporting facilities and fantastic tourism offerings of the Coffs Coast with thousands of players and their families, spectators and officials converging annually on Coffs Harbour.

“It is a highlight on the Coffs Coast calendar that we look forward to every year, bringing so much colour and excitement to the region, as well as driving economic benefits by filling our hotels, cafes and restaurants and driving visitation to our famous local attractions.”

Mr Franklin said events like the Inferno National Touch League were key to driving the recovery of the NSW visitor economy.

“It has been a tough couple of years for regional tourism and hospitality operators and as we continue on our roadmap to recovery, events like the Inferno National Touch League are critical to reigniting our state’s visitor economy,” Mr Franklin said.

“Coffs Harbour is the gateway to a fantastic part of NSW with some of the most spectacular coastlines and breathtaking hinterlands in the country, so securing an event like this in a key regional centre ensures the whole Mid North Coast benefits.

“The NSW Government is committed to delivering large-scale national events in our regional centres like the Inferno National Touch League, to drive visitation across the state and achieve our goal of being the premier visitor economy of the Asia Pacific.”

The Inferno National Touch League is the pinnacle event in the national touch football season attracting hundreds of teams from across the country.

From 2023 there will be 17 divisions and Touch Football Australia expects to attract more than 120 participating teams annually.