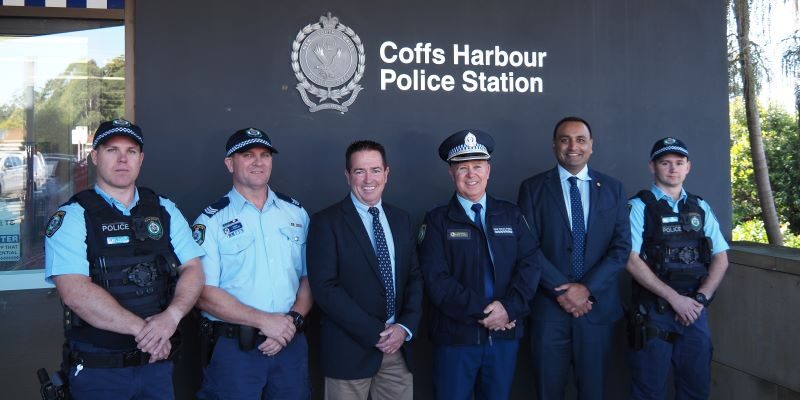 The Coffs-Clarence Police District will be bolstered by an additional eight police this financial year, bringing the total increase in officers in the past four years to 24.

A significant boost to specialist police units to target organised crime, domestic violence and terrorism will also form part of 550 new positions in the NSW Police Force this financial year.

The final allocation of positions delivers on the NSW Nationals in the state government’s $583 million commitment for 1,500 extra police positions over four years.

Nationals Member for Coffs Harbour Gurmesh Singh said the increase would allow local police to respond to the needs of residents right across our region.

“Coffs-Clarence police put their lives on the line every day, tackling crime and protecting the community they serve with such distinction,” Mr Singh said.

“I’m proud of the important work they undertake in challenging and often confronting circumstances and I’m extremely grateful for the commitment and professionalism they bring to their duties.

“I welcome this latest increase in police numbers by the NSW Government. It will most certainly enhance frontline policing on the Coffs Coast.”

Acting Premier and Minister for Police Paul Toole said the state-wide commitment represented the biggest increase in police numbers across NSW in more than 30 years.

“An effective police force requires the support and resources to stay ahead of the game and disrupt crimes before they occur.”