Clarence koalas to get new trees 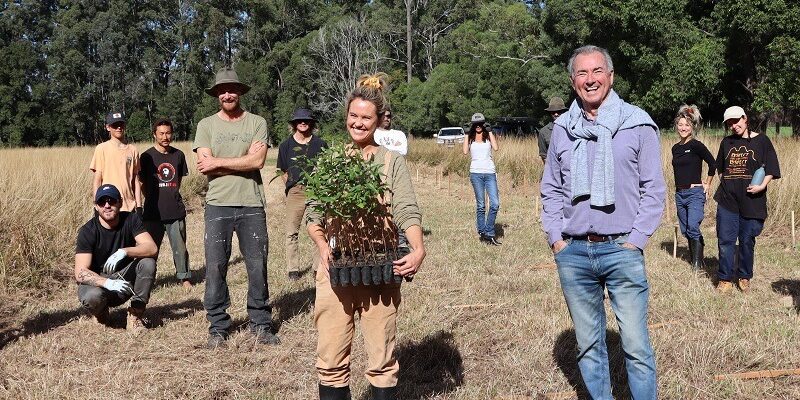 Clarence Valley koalas, hit hard by the recent bushfires, will soon have 5000 new trees to munch on thanks to a $45,000 grant from the NSW Nationals in Government, Clarence Nationals MP Chris Gulaptis has announced.

“The trees are being planted to aid conservation efforts of our precious and embattled local koala populations in the Ashby, Mororo and Woombah areas,” Mr Gulaptis said.

“This is a terrific public/private partnership between the Government’s Saving Our Species program and Yamba business, Blanc Space Agency, that goes well beyond habitat restoration.

Ms Talbot said that as a lifelong resident of Wooloweyah and after the ravage of summer bushfires quite literally on our doorstep she wanted to contribute tangibly, and in an ongoing capacity, to the regeneration of our homelands.

“We are so lucky to have resident koala populations in the valley and although we suffered devastating losses, we learned that we actually had more koalas than we thought,” Ms Talbot said.

“The “Caring for the Clarence” project has almost completed planting 5000 endemic koala and nectar feeder food trees on around ten private properties in key koala areas affected by the bushfires in the Lower Clarence.

“Not only will they be a precious food source, and habitable in as little as 8-10 years, but in their lifetime will draw down over a million tonnes of carbon.”