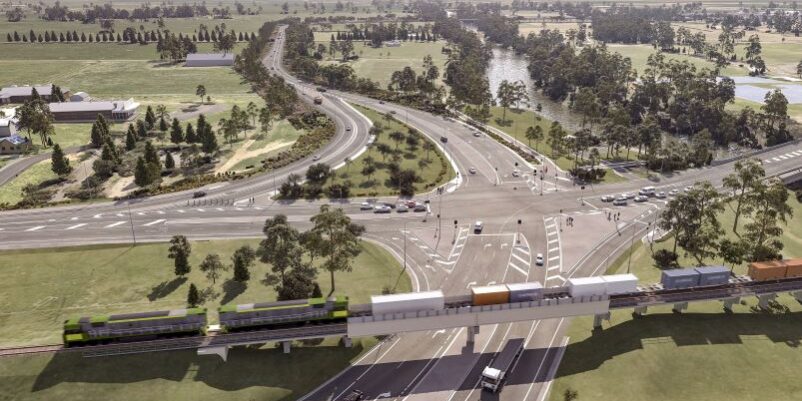 A major milestone has been reached in the New Dubbo Bridge project with tenders called for the lead construction contractor to build the $220 million project, which is being funded by the NSW Nationals in the state and federal governments.

Tenders will be invited on April 28, 2022 and will be open for eight weeks, allowing the best proposals to come forward.

The successful head contractor for the main construction contract is expected to be announced by the end of 2022 with work set to start at the beginning of 2023.

Deputy Prime Minister and Minister for Infrastructure, Transport and Regional Development Barnaby Joyce said the NSW Nationals in the federal government’s $176.2 million investment in the project would help deliver better outcomes for the region.

“We are building the infrastructure that will make our nation as strong as possible as quickly as possible,” Mr Joyce said.

“This new bridge over the Macquarie River in Dubbo will keep commuters and freight moving, ensuring the valuable commodities that earn Australia money continue flowing to ports and overseas markets.”

Federal Nationals Member for Parkes Mark Coulton said the bridge is a major investment in western NSW by the Australian and NSW governments.

“The New Dubbo Bridge will improve travel efficiency along the Newell Highway, reduce traffic congestion for local and commuter traffic and improve access across the Macquarie River during flood events,” Mr Coulton said.

“The construction phase will help build a stronger region by injecting millions of dollars in economic activity into Dubbo and support an estimated 290 direct and 1200 indirect jobs.”

A mandatory pre-tender meeting for all prospective pre-qualified tenderers, including a site inspection, will be held next month at the Western Plains Cultural Centre, Dubbo.

Following the pre-tender meeting an information session will be held for local contractors and suppliers to meet prospective tenderers next door to the Western Plains Cultural Centre at ‘The Greens’.

“We are committed to building safer, more efficient and reliable journeys for those travelling in, around and through Dubbo, and better connecting communities in the Central West,” Mr Farraway said.

Minister for Western NSW and Nationals Member for Dubbo Dugald Saunders said the project will inject millions in economic activity into Dubbo, helping to build a safer and stronger region.

“This project will provide significant economic opportunities for the western region of NSW and will ensure the local community benefits,” Mr Saunders said.

Businesses and suppliers in the local area are encouraged to register their interest with the Industry Capability Network Gateway at https://gateway.icn.org.au/

The project will be delivered in stages to minimise disruption to the community in Dubbo and traffic on the Newell Highway. A program of early works to support the main road and bridge construction are also scheduled to begin this year.

The community will continue to be kept informed as the project progresses. More information can be found at nswroads.work/dubbo.