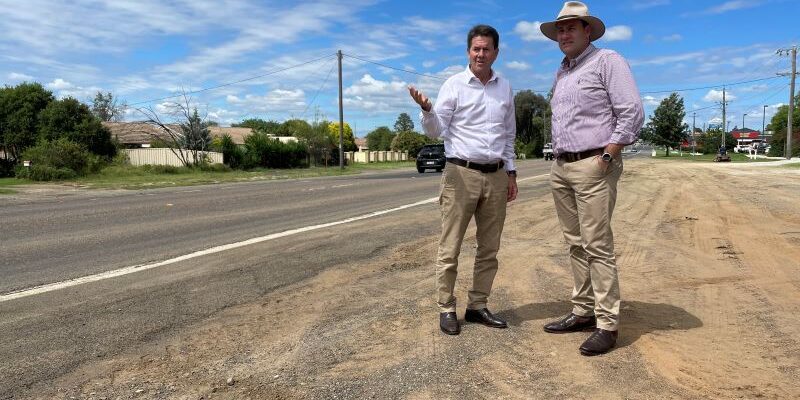 The 2022/23 NSW budget has brought welcome news to those in our community who have been fighting for an upgrade to Rangari Road in the Gunnedah Shire and Tamworth Region local government areas.

An additional $3.6 million has been provided as part of this budget, bringing the total investment by the NSW Nationals in the state government to $15.6 million.

Nationals Member for Tamworth Kevin Anderson welcomed the additional funding and said he was looking forward to seeing the road built as soon as possible.

“The sealing of Rangari Road remains one of my top priories,” Mr Anderson said.

“The road is a key transport route for farms and mining, as well as being the everyday run for local families.

“That is why I fought for funding allocations of $9 million, $1.6 million, and $1.4 million since the sealing of the road was first announced in 2019.

Mr Anderson said following this request, he went to Transport for NSW and requested they rescope the project to account for the increase in material costs.

“The new cost of sealing Rangari Road is $15.6 million and with the announcement of a further $3.6 million as a part of the 2022/23 budget, that funding has been provided in full.

“We now have the funding that will get the job done and I look forward to seeing works progress as soon as possible.

“The community have been waiting too long to see this road sealed, so it is my expectation that work gets underway quickly.”