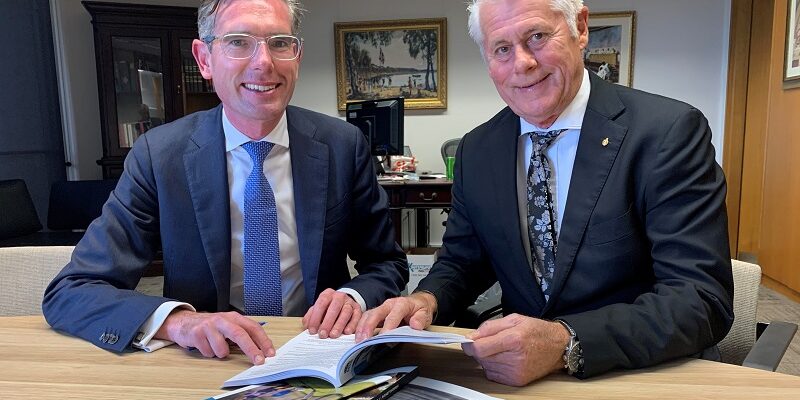 Funding to fast-track the building of the new Tweed Valley Hospital is the big-ticket item for the Tweed in a NSW State Budget that will make the region healthier, smarter and safer, according to Tweed Nationals MP Geoff Provest.

“Construction can forge ahead on the new Hospital, which at $673 million, is the most expensive regional health infrastructure project ever built in New South Wales,” Mr Provest said.

“Millions have also been allocated to complete the major upgrades of public schools in Tweed Heads, Tweed Heads South and Kingscliff, including a first ever trade school at Tweed River High School that is set to benefit students from across the Tweed. “

“In a very big win that will save parents up to $4000 per year for each of their younger children, the NSW Nationals in the state government are investing $150 million into a new Start Strong Free Preschool program and we are also launching $100 Learn to Swim vouchers for every preschool child aged three to six in NSW,” Mr Provest said.

The new vouchers are in addition to the $100 Active Kids and Creative Kids vouchers which will also continue.

Mr Provest said the Budget makes the Tweed safer by funding the continued expansion of police numbers, fulfilling the NSW Nationals in the state government’s commitment to boost the force by 1500 officers, the largest increase in thirty years.

“The environment too is again a winner in this Budget, with the NSW Nationals in the state government declaring a $356 million war on plastics and waste,” Mr Provest said.

“This is a win for the whole community as is the decision to increase the funding available to the Tweed electorate for the popular Community Building Partnership program from $300,000 to $400,000 a year.”

Mr Provest added that 20,000 Tweed seniors could benefit from the two-year extension of the NSW Nationals in the state government’s signature $250 Regional Seniors Travel Card, which will be available to more people from next year.

For detailed information about the NSW Budget go to www.budget.nsw.gov.au. For a detailed analysis of what it means for the Tweed, read Mr Provest’s upcoming newsletter in the July 1 edition of the Tweed Valley Weekly.