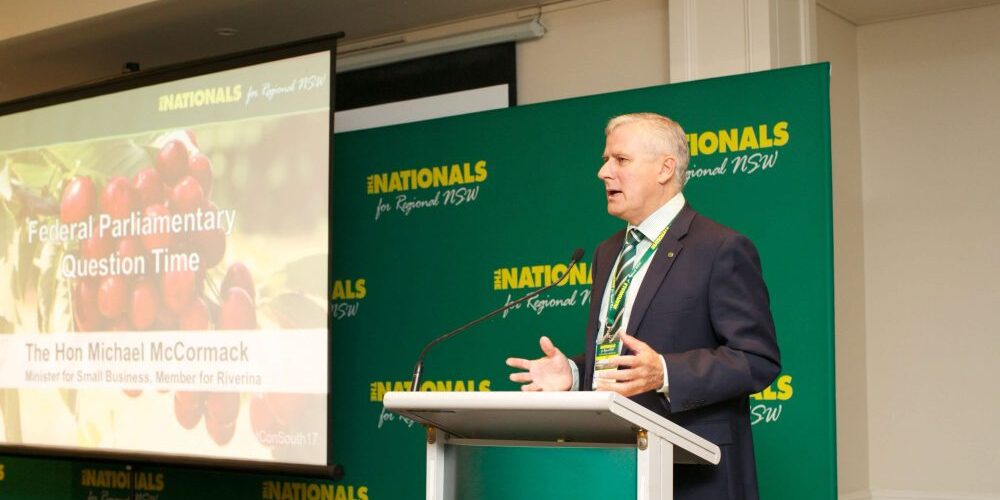 Deputy Prime Minister and Nationals leader Michael McCormack has spoken out after reports Greens leader Adam Bandt had urged a foreign government to act to the detriment of Australia’s national interest.

“By urging a foreign government to agitate for a change to Australia’s domestic policies through a Free Trade Agreement, the Greens have attempted to undermine our democracy,” Mr McCormack said.

“In telling a foreign government to stop buying Australian coal, Adam Bandt is telling tens of thousands of workers in our resources industry that their jobs don’t matter.

Mr McCormack said changing policy in Australia was not done by trying to outsource it to a foreign entity, but instead by running for election and winning enough votes to form a government.

“The Greens have today shown, yet again, why they will never be more than a fringe party,” Mr McCormack said.

The Greens’ ideological posturing ignores the fact that Australia has beaten its Kyoto-era targets by up to 430 million tonnes and our emissions are now more than 14 per cent below 2005 levels.

“The Nationals urge Mr Bandt to immediately withdraw his comments and apologise to the thousands of workers who rely on Australia’s resource industry for their livelihood,” Mr McCormack said. “If Mr Bandt does not withdraw these comments, he should resign from Parliament today.”