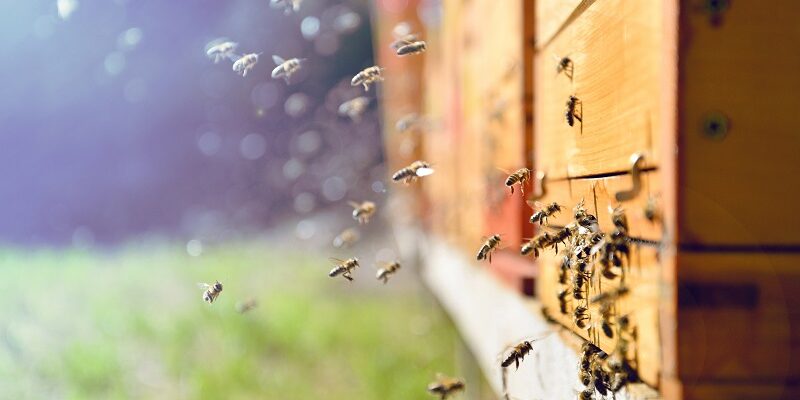 More than 90 beekeepers and their 80,000 hives have moved to Griffith to help pollinate the state’s $500 million almond crop as new measures roll out to protect the industry from Varroa mite.

Nationals Minister for Agriculture Dugald Saunders said the NSW Government acted early to contain the spread of Varroa mite while allowing the industry to keep moving.

“This time each year, thousands upon thousands of bees are needed to pollinate almond trees – so it’s critical we’ve allowed bee movements with the right safeguards in place to mitigate the risk of Varroa,” Mr Saunders said.

“Those safeguards have included the requirement for beekeepers to alcohol wash their hives, ensure their hives had not been in an eradication or surveillance zone in the past 24 months, and complete an online training course through Tocal College to receive a movement permit.

“We also have Forward Command Posts set up at Griffith and Balranald, with 88 surveillance officers from DPI, Local Land Services and other agencies, to help with on-site testing.”

More than 1,750 sticky mats have been deployed in hives that have arrived on almond farms in the region.

“They have been tested and have come back negative for Varroa mite, meaning we have taken all necessary steps to facilitate these crucial services in the safest way possible,” Mr Saunders said.

“The success of this pollination event is being closely watched by other horticultural and cropping industries, as well as our surrounding jurisdictions, because we are the gold standard in surveillance.”

Almond Board of Australia CEO Tim Jackson said the leadership demonstrated by the Minister and his senior biosecurity officials from the start of the incursion has provided certainty for NSW almond growers and their beekeepers who rely on pollination revenue.

“Without this support, the economic losses to growers, beekeepers and their communities would have been a massive blow,” Mr Jackson said.

“Now our collective challenge is to replicate this process in neighbouring States next year where the same protocols were not adopted and have resulted in a drastic shortage of hives being available for pollination.

“The fact that NSW has been able to implement processes that isolated the risk of varroa spreading and also facilitate the movement of hives from other parts of the State to our orchards is a wonderful example of balancing risk with economic impact.”

A total of 946 movement permits have been granted so far and 764 people have completed the Tocal training, some of whom will be involved in pollinating melons, citrus, stone fruit, canola, cherries, apples, lettuce and seed production.

For more information and the latest updates visit www.dpi.nsw.gov.au/varroa