All aboard world-first automated bus trial in Coffs 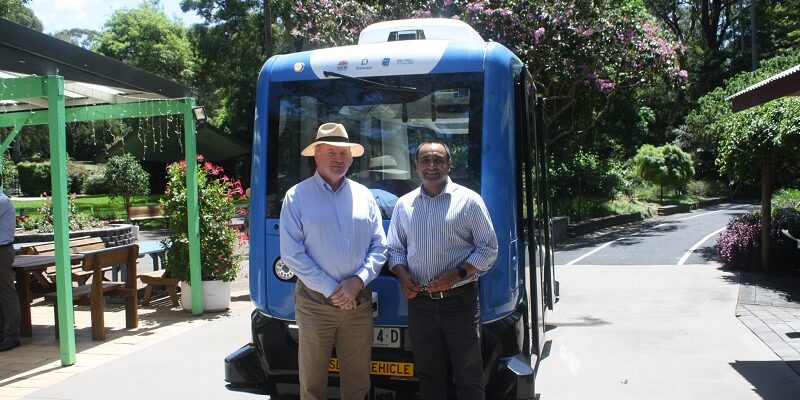 The future of public transport has launched in Coffs Harbour with customers the first in the world to travel on a fully automated shuttle bus in a public setting.

Nationals Member for Coffs Harbour Gurmesh Singh said the final phase of the BusBot trial sees the shuttle service operate without a driver or a supervisor on board, as the NSW Government extends its trial of world-leading driverless technology in a regional area.

“BusBot has transported more than 10,000 locals and visitors through parts of Coffs Harbour since it was launched in partnership with operator Busways, tech provider EasyMile and Coffs Harbour City Council in December 2018.

“We’ve seen a supervisor guide BusBot around the Northern Breakwall, the Marian Grove Retirement Village and the Botanic Garden, now the vehicle is showing the Coffs Harbour community what the future of transport looks like.

“The regional BusBot trial has achieved many world firsts and has been a vital window into what lies ahead for commuters across the transport network. BusBot has laid the groundwork for the next stage in automated transport – larger-scale buses and more sophisticated technology in mixed traffic environments.”

“This is the pinnacle we have been working towards with careful and considered steps for two-and-a-half years. Success has relied on having the right partners at the table, including community, government and industry,” Mr Rowe said.

“This is a critical step in the global move towards shared, driverless transport. It is also a key contribution to the legal and regulatory framework for the public deployment of autonomous vehicles,” Mr Giraud said.

The BusBot vehicle is being monitored by remote supervisors and will take its last passengers on Saturday, November 27.

BusBot operates on Tuesdays and Thursdays between 10am to 2pm, and on Saturdays between 9am and 3pm.

Visit the North Coast Regional Botanic Garden between the listed operational hours to take a ride.