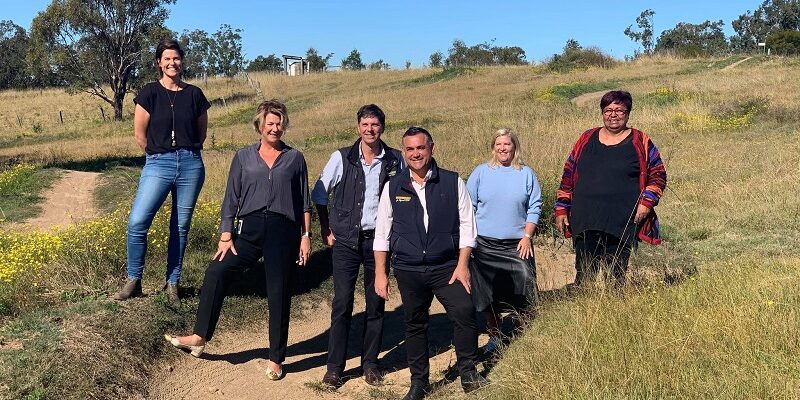 An historic agreement between the NSW Nationals in the state government and the Karuah Local Aboriginal Land Council has secured Dungog’s future as a national mountain biking destination.

Deputy Premier John Barilaro said the Upper Hunter will become Australia’s next tourism hotspot thanks to this historic agreement, which will be accompanied by a $650,000 investment from the NSW Nationals in the state government to be spent on initiatives across Dungog Common, including new mountain bike tracks.

“The silver lining of COVID has been an increase in domestic tourism and riders come from all over the state to ride the Dungog tracks. As a result, business is booming, with eight new businesses, including two new bike shops, now open,” Mr Barilaro said.

“This investment will protect Aboriginal culture and heritage while allowing Ride Dungog to add more tracks, maintain and repair existing trails and provide training workshops for young people wanting to get involved in this great sport.”

NSW Nationals Water, Property and Housing Minister Melinda Pavey said an investment will be made into the Dungog Common to provide employment for Aboriginal staff, infrastructure upgrades, and to develop a broader tourism strategy.

“By all of us coming together as partners, this agreement secures the best outcomes for Karuah Local Aboriginal Land Council, all users of the common, and the local community by working together to grow Dungog into a world class biking destination,” Mrs Pavey said.

NSW Nationals Minister for Mental Health, Regional Youth and Women Bronnie Taylor said Ride Dungog had been working on a number of programs to help provide bikes to young people and encouraging young women and girls to join.

“This agreement is great news for the people of Dungog and in addition to the partnership I can announce a further $20,000 to support the community by delivering Mental Health First Aid workshops for up to 30 individuals working with the ‘Where There’s A Will’ not-for-profit organisation,” Mrs Taylor said.