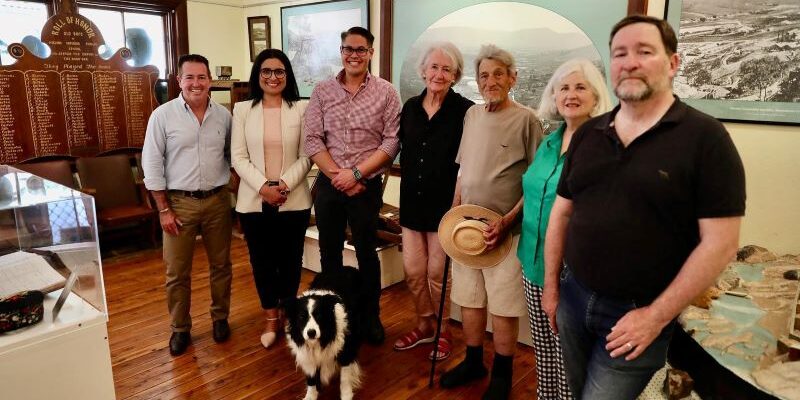 The Adelong Alive museum in Tumut Street tells the story of the people of the Snowy Mountains town of Adelong.

The township was established in the 1830s, coming to prominence in the early 1850s during the gold rush.

The Adelong Alive museum not only looks at that history, but also looks to the future, projecting ahead to 2051.

It has a variety of exhibitions that change on a regular basis, and also hosts traveling exhibitions.

And now it will be able to do all that and more, thanks to a grant of almost $148,000 from the NSW Nationals in the state government.

Deputy Premier and Minister for Regional NSW Paul Toole said volunteers are the backbone of so many of our regional communities, and we want to keep helping them do what they do best.

Mr Toole was joined by Wes Fang MLC and Andrianna Benjamin – Nationals’ candidate for Wagga Wagga – to announce $147,835 to upgrade the Adelong Alive Museum so that visitors can continue to enjoy the stories of the Riverina region well into the future.

“This is just one of hundreds of projects rolling out across every regional area of NSW through the Nationals in the state government’s Stronger Country Communities Fund,” Mr Toole said.

“We’re making our regional communities even better places to live, work, and raise a family.”