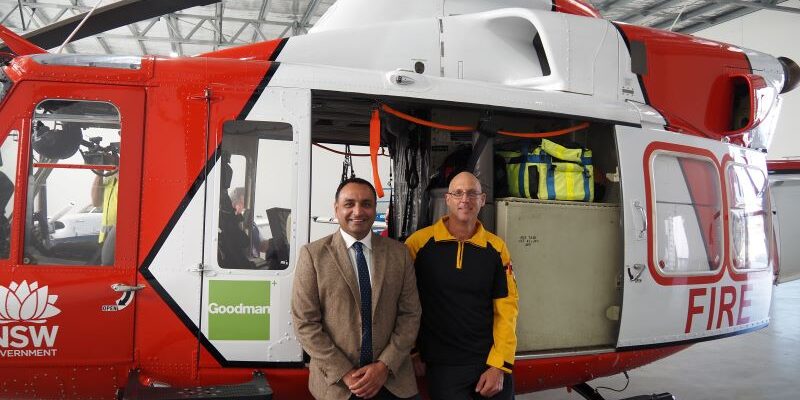 Communities on the Mid North Coast are better protected thanks to a new multi-purpose Rural Fire Service helicopter unveiled at Coffs Harbour today.

“Our communities have faced many natural disasters in recent years so it’s fantastic that this aircraft will not only support our RFS volunteers and staff during their firefighting operations, but also assist other agencies responding to storms and floods.”

“This is the first time we have permanently based a helicopter at Coffs Harbour, representing a significant boost to the capability of our emergency service personnel during bush fires, search and rescue missions and other emergency operations,” Ms Cooke said.

“The RFS responds to a wide range of natural disasters and other hazards, so having this helicopter positioned and ready for action will keep our communities safer and stronger.”

“In any emergency time is of the essence, and this aircraft is well-positioned in Coffs Harbour for rapid response to support multi-agency emergency response in this part of the State.”