$5 million boost for agriculture and jobs in Forbes 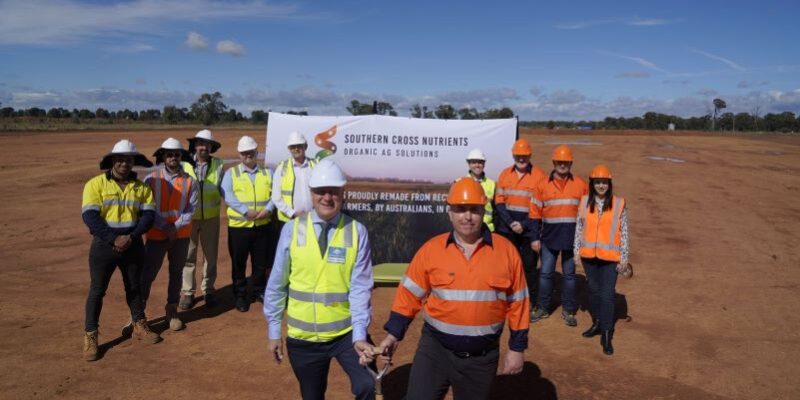 A $5 million grant from the NSW Nationals in the federal government to a Forbes project will be a major boost to agriculture and jobs.

Nationals Member for Riverina Michael McCormack said Southern Cross Nutrients Pty Ltd had been awarded the grant through the government’s Securing Raw Materials Program, which is supporting businesses to move to or expand into regional areas to research and develop innovative and locally sourced raw material supplies.

Southern Cross Nutrients will produce organic fertilisers for farmers from recycled natural nutrients at Forbes. The project will create 15 full-time and four part-time ongoing jobs and a further 25 jobs during two construction stages. It is expected production will start late this year.

Mr McCormack welcomed the grant, saying it was another shot in the arm for the Forbes economy and an exciting development in the drive to make agriculture a $100 billion a year industry by 2030.

“Another 15 full-time and four part-time jobs is great news for Forbes – and they will generate even more jobs in the district as those people employed at Southern Cross Nutrients spend their wages on such things as groceries, petrol, haircuts, coffees, home improvements and clothing,” Mr McCormack said.

“I congratulate Southern Cross Nutrients on choosing Forbes for this exciting project and I look forward to seeing the benefits of the Government’s support of its investment for years to come.”

Mr McCormack said the grant was further evidence of the Government’s faith in and backing of regional Australia.

The Securing Raw Materials Program has a range of benefits, including establishing, securing and strengthening the supply of raw materials to Australian industry, and supporting partnerships between industry and regional universities. Mr McCormack said Southern Cross Nutrients Pty Ltd was collaborating with Southern Cross University at Lismore to use organic waste to produce quality compost.