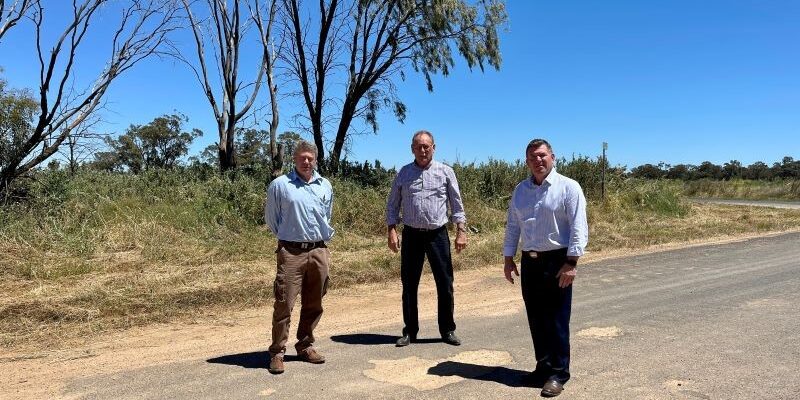 Narromine Shire Council is set to embark on a multi-million-dollar scope of works to upgrade the region’s water infrastructure and improve roads, with the support of the NSW Nationals in the state government.

Nationals Member for Dubbo Dugald Saunders has announced more than $4 million from Round 9 of the NSW Government’s Resources for Regions Program.

“We know the region’s roads have been hit hard by continued wet weather for nearly three years now, and these improvements on five key agricultural freight routes will mean safer and more efficient journeys for the everyone.”

“This project is critical to maintain the correct pressures and flows within the Nymagee Street Reservoir to future-proof our network.

“Meanwhile, renewing Tomingley’s water reticulation pipeline system will ensure a safe and secure drinking water supply not only for the village’s 313 residents, but the increasing interstate highway traffic as well.”

Deputy Premier and Minister for Regional NSW Paul Toole said Resources for Regions has delivered 355 projects worth $560 million to mining communities since its inception in 2012, stimulating local economies and delivering critical infrastructure.

“It’s absolutely crucial we continue to support regional mining towns that supply our State with the resources needed to keep the lights on and the economy moving forward, and this program is just another example of the NSW Government’s commitment to the future of our mining regions,” Mr Toole said.

“I would like to congratulate Narromine Shire Council for putting forward these projects, which will make big difference for the people and organisations in this local community.”

Since 2012, Resources for Regions has supported economic and social prosperity in mining communities in regional NSW, with the $140 million Round Nine expanded to support communities where gas exploration or mining may occur.