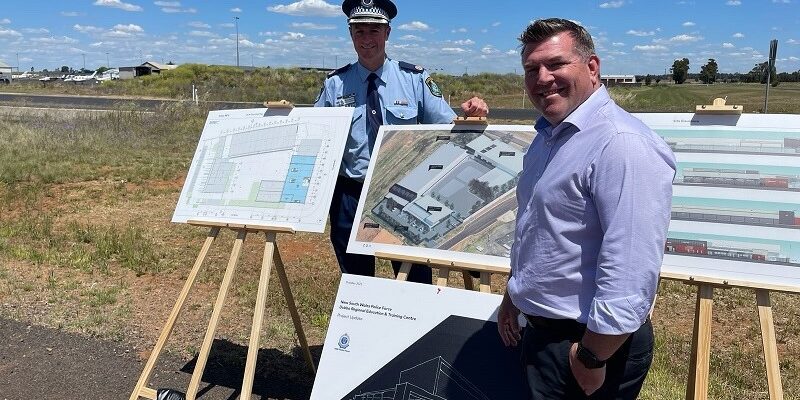 A major infrastructure boost has been confirmed for the Dubbo region with the unveiling of the design for a new $35 million NSW Police Force training facility.

Mr Saunders said the training academy will generate jobs through the initial site preparation and subsequent construction, as well as ongoing supply and maintenance.

“The facility will also add to the growing emergency services hub taking shape at the Dubbo airport precinct.

“The $23 million NSW Rural Fire Service training academy became our COVID Command Centre during the recent outbreak, and will expand to include a $5.6 million RFS Aviation Centre of Excellence. This new police facility will help all agencies work even more closely in future emergencies.”

Assistant Commissioner Greentree said the Active Armed Offender course will include interactive simulation-based scenarios, designed to build skills for officers responding to a wide-range of events.

The training facility will be built adjacent to the Rural Fire Service (RFS) Training Academy at the Dubbo City Regional Airport, and is on track for completion in December 2022.