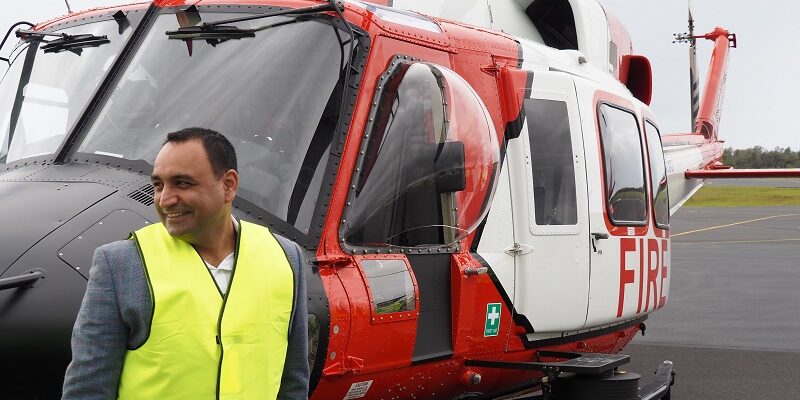 A new $10 million facility is to be built in Coffs Harbour, where a Rural Fire Service (RFS) helicopter will be based for rapid deployment across northern NSW.

“Not only will this help drive jobs and growth in our region, but it will ensure resources are well positioned to respond in the event of a fire or other emergency in northern NSW,” Mr Singh said.

“The new facility set to be built will house the RFS Area Command team, Planning and Environment team and hangar for the multi-purpose helicopter, providing local firefighters with state-of-the-art facilities and resources.”

RFS Commissioner Rob Rogers said the strategic placement of the RFS aviation fleet in three regional locations is particularly important. Coffs Harbour is a significant location for the RFS, with over 50 staff employed in various roles.

“These aircraft will provide additional reassurance for regional NSW communities. It will not only support the NSW RFS during firefighting operations, but also provide other regional emergency services with real time high-definition video streams and assist in search and rescue missions,” Mr Rogers said.