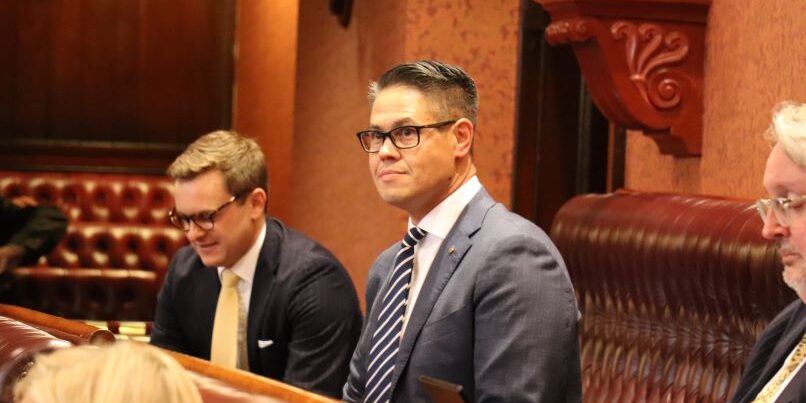 Wes Fang has been elected Deputy President and Chair of Committees of the NSW Legislative Council following a vote of the House.

Wes grew up in Uranquinty, just outside of Wagga Wagga, and attended Uranquinty Public School and Mount Austin High School, before completing a degree in aviation at the University of New South Wales.

After university, Wes served in the Australian Army as an officer and pilot, then went on to serve as a pilot at ChildFlight, flying their rescue helicopters, before returning to Wagga Wagga, where he operated a number of small businesses.

Wes was elected to the NSW Legislative Council in 2017. He has served as Deputy Government Whip, as well as the Chair of the Standing Committee on Law and Justice.

“I am humbled to be following in the footsteps of giants from the NSW Nationals who have served as Deputy President and Chair of Committees in the Legislative Council. Duncan Gay, Jenny Gardiner, and Trevor Khan are just three of the names from our party who have held this important role and I am cognisant of upholding the history and traditions as a means of honouring this legacy” Mr Fang said.

“I see this role as an exciting opportunity to not only serve as a presiding officer in the NSW Parliament, but to expand the role and seek to mentor young leaders in our regional communities about the NSW Parliament and introduce them to potential future careers representing their community.

“Thank you to all my colleagues, on both sides of the aisle in the Legislative Council, for the support and faith they have placed in me; it is an incredible honour to be elected to this position.”