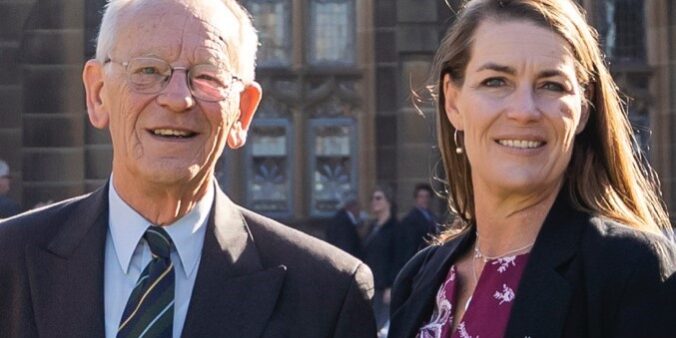 The NSW Nationals would like to extend their condolences to Mrs Lindie Davey and the family of Party historian Paul Davey AM, who has passed away.

Paul, as many members would know, is the father of our Federal Deputy Leader Senator Perin Davey. He was also our esteemed Party historian.

Born in England, Paul came to Australia in 1966 as a “Ten Pound Pom.” He started his career as a journalist in Wagga Wagga.

In June 1968 he married Lindie McGregor. They had three children Jim, Perin and Chick.

From 1978 to 2000 Paul held a range of senior roles within the NSW and Federal Nationals, including being the longest-serving Federal Director to date – more than nine years from November 1983 – and then honorary Federal Director from 1998 to 2000 while also being the NSW General Secretary.

Paul served for several years on the NSW Central Council and Federal Council and in 2006, on the recommendation of the former NSW Nationals Leader George Souris, wrote the first of his eight books on our Party’s history.

In June 2002 Paul was made a Life Member of the NSW Nationals, and in January 2019 Paul was appointed as a Member of the Order of Australia for his service to politics, parliament, and the National Party.

For his decades of service to The Nationals, Paul was awarded the Earle Page Meritorious Service Award in August this year. Introduced in 2005, this is the highest award bestowed by the Federal Party to eminent individuals in recognition of their outstanding contribution to The Nationals, and particularly to the federal organisation and its role in the affairs of Australia. Paul was only the 12th recipient of this award, which underlines the significance of his contribution.

The NSW Nationals send their deepest condolences to Lindie, Perin, and all members of the family. Paul was a true giant of the Party.

Paul served in countless roles in the NSW and Federal Parties, but ultimately he was a good man. Just about every person in the Party will have a story about Paul, whether it be from his time as an Adviser to Doug Anthony and Peter Nixon, as Director, his books, his sound advice or even his role as the Annual General Conference’s favourite musician. His contribution to the Party and to our members will be remembered for a long time to come.

We will advise of Paul’s funeral arrangements once they are announced.