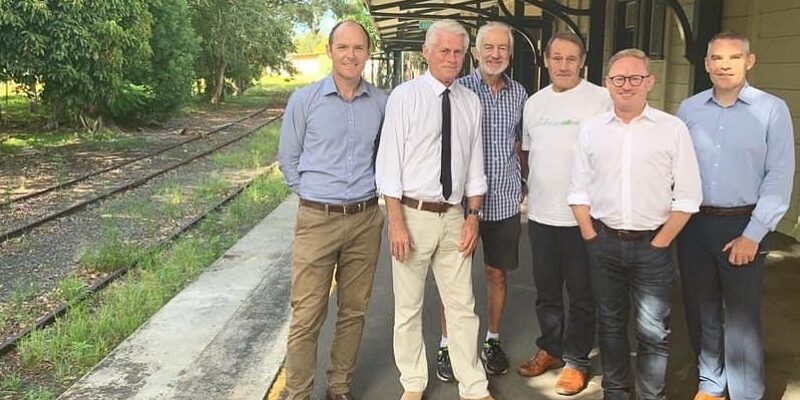 Communities from Casino to Murwillumbah are set to benefit from a rail trail that will attract thousands of visitors a year and create much-needed jobs and investment for the Northern Rivers.

Acting Deputy Premier and Minister for Regional Transport and Roads Paul Toole said work will soon get underway on the Northern Rivers Rail Trail project, after legislation was passed to close two sections of the disused rail corridor.

“The NSW Nationals in the state government are contributing $7.8 million to develop the Tweed stage of the project into a scenic walking and cycling trail, which will help to grow local economies along the rail corridor, increase job opportunities, and provide a safe, accessible transport option for tourists and locals,” Mr Toole said.

“This project will support 200 direct and indirect jobs and once completed, the Northern Rivers Rail Trail is expected to attract more than 82,000 visitors annually, injecting much-needed cash flow into local cafes, shops and restaurants.”

NSW Nationals Member for Tweed Geoff Provest said the Rail Trail will preserve the unique heritage value of the rail corridor itself, as well as providing an alternative transport route that connects smaller rural communities to major city centres in the Northern Rivers.

“We’ve seen the success of NSW’s pilot rail trail project from Tumbarumba to Rosewood which has delivered a vibrant revitalised area with massive tourism and recreation benefits, and we want to see this replicated in the Northern Rivers Rail Trail,” Mr Provest said.

NSW Nationals Member for Clarence Chris Gulaptis said making regional communities an even better place to live is a major priority for the NSW Nationals in the state government and this project is just one of the great lifestyle options being rolled out.

”The Rail Trail will be a great asset for people living in the area as well as those travelling through the region,” Mr Gulaptis said.

The project is to be completed in stages, with Tweed Council leading the first stage which will redevelop 24 kilometres of track from Murwillumbah to Crabbes Creek, and Richmond Valley Council leading stage two linking 13 kilometres from Casino to Bentley.

The final stage is intended to link approximately 90 kilometres from Bentley to Crabbes Creek and is still in the early stages of development. The community will be consulted on opportunities for complementary public transport and cycling activities in this section of the corridor.