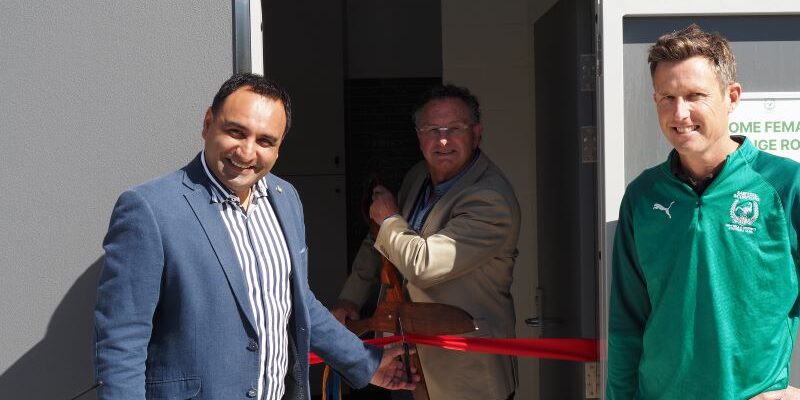 Council contributed $408,000 to the project while the NSW Nationals in the state government provided $215,823 through the Stronger Country Communities Fund.

Council has also installed new public toilets on the site at a cost of $303,000 – another key upgrade for the overall precinct masterplan.

“Sport plays a massive role in making the Coffs Coast a great place to live and it’s extremely important to provide the very best facilities for all participants,” said Mr Singh.

“The new accessible female change rooms and other improvements at Toormina Oval are first class and demonstrate the positive difference which community sporting upgrades bring to people’s lives.”

Mayor Amos said the council was delighted to provide facilities that encourage more people to take up and enjoy sport.

“The recent Commonwealth Games was a great example of how women and people with disabilities’ participation in sport is on an equal footing with men and it’s up to us to ensure we do what we can to give everyone access to sport opportunities.

“Local grassroots sporting grounds are where the medal-winners of the future start their journey.”

Sawtell Football Club, North Coast Football’s largest soccer club with around 550 members, will be the main beneficiaries of the new facilities, but cricket and Little Athletic participants are also regular users of the ground.

“This growth is due to a number of factors and the female change rooms are definitely a part of that. Most of our club’s growth in female players has been in senior football (17 – 30yr olds) and these are the players that use the change rooms the most. In 2022 we have had 31 senior women players register as compared to 14 in 2021.”

The Club has been able to make use of the new facilities since last April, while the bollards, accessible paths and drainage were finished in June after weather delays.