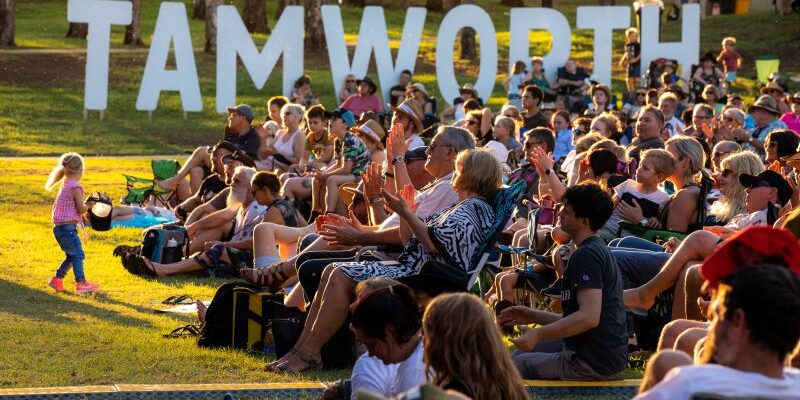 Tonight’s official opening of the 51st Tamworth Country Music Festival kicks off 10 days and nights of family-friendly fun in the nation’s home of country music.

Nationals Minister for Tourism and the Arts Ben Franklin said the Festival was a hallmark NSW event that provided significant economic benefits for the region.

“The Tamworth Country Music Festival is unquestionably the biggest celebration of the country music industry in Australia and for the next ten days and nights, there is no better place in the world for country music fans to be,” Mr Franklin said.

“This iconic family-friendly event attracts tens of thousands of visitors to Tamworth each year, injecting an estimated $17 million of visitor expenditure into the local economy.

“It is part of a broader calendar of 37 major events we are delivering for regional NSW over 2022-23, which are forecast to deliver over $105 million in visitor expenditure for our regions at a time when it has never been more needed.”

Nationals Member for Tamworth Kevin Anderson said the Tamworth Country Music Festival was an iconic part of the region’s identity and Tamworth’s opportunity to show off on the big stage.

“This event is more than a music festival, it is a bucket-list experience for visitors and country music fans from around the country,” Mr Anderson said.

“Local businesses have been run ragged over Christmas and the New Year in preparation for the festival because they know this will be their busiest period this year.

“Early signs are very positive with accommodation booked, camping sites filling fast and the streets already buzzing with a festive atmosphere. I’d encourage anyone with a spare day or two to pack the car and make the trip to Tamworth this year for a great festival!”

Tamworth Regional Mayor, Cr Russell Webb said “It is with great pleasure that I welcome everyone back to Tamworth for the nation’s largest country music festival.

“After the past few years, we are excited to be back in our traditional timeslot of January and we’re ready for one big celebration with some of the country’s finest artists and up and coming stars.”

It features hundreds of artists and shows across numerous venues, including performances from some of Australia’s most celebrated country music stars, including John Williamson, Kasey Chambers, Troy Cassar-Daley and Fanny Lumsden.

The festival culminates in the nation’s most prestigious country music awards ceremony, the Golden Guitars, on Saturday, January 21.

For more information on the Tamworth Country Music Festival and to book tickets visit www.tcmf.com.au

For tourism information go to www.visitnsw.com