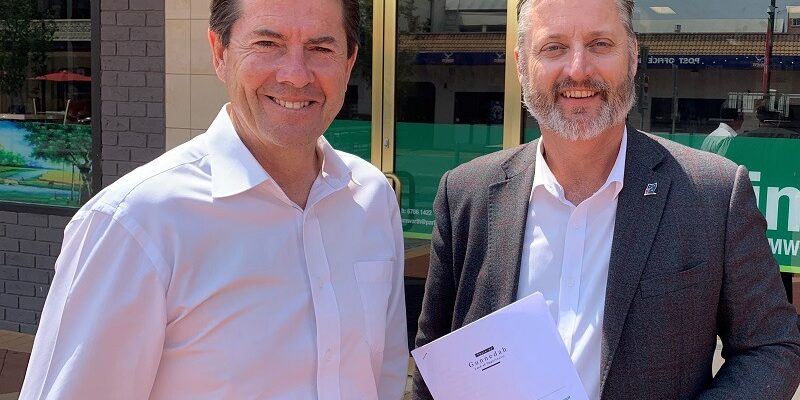 Round Seven of the Resources for Regions program will pump $1,430,305 into Gunnedah Shire Council as well as acknowledging the contribution mining makes to the economy of the region.

“Mining still plays a massive part in our regional economies and this program delivers a dividend for both infrastructure projects and community programs for Gunnedah,” Mr Anderson said.

“Council can use the funding for economic infrastructure including roads, rail, facilities that improve the movement of freight, airports, local water and sewerage projects. It can also be invested in recreational facilities, childcare centres and other infrastructure related to the delivery of community services.

“Every year our vibrant mining towns like Gunnedah contribute to the state and national economy, so it is fantastic to see this level of funding go back into the community.

“Mining communities and organisations told us what they need and we’ve received those messages loud and clear, which is why the revamped program will provide funding for a wider range of projects and make it easier for councils like Gunnedah to secure funding.”

Gunnedah Shire Council mayor Jamie Chaffey said the announcement of the $1.43 million was a justification of the Shire’s contribution to the State and national wealth.

“I want to thank Kevin Anderson and the NSW Nationals in Government for the opportunity as one of the member councils for our input into the new Resources for Regions program,” Cr Chaffey said.

“Council will now be working through its current priorities to look at what will best suit the program and submit our application before the September deadline.

“In the previous rounds of the program we’ve only been successful once and it was a relatively small amount.

“Now we know we are at least guaranteed $1 million and it is very encouraging to see the types of projects that are now eligible for the program. It’s much more positive and equitable.”