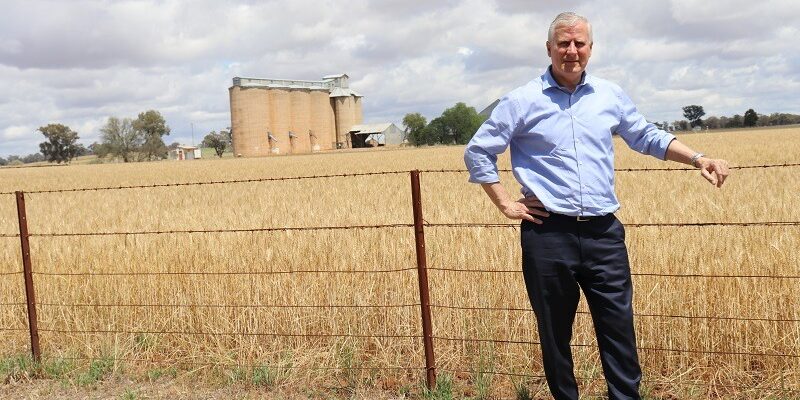 If ever there was a time to consider a tree or sea change, it’s right now.

Quality of life in the regions keeps improving – and with competitive costs of living from the modest commute to value-for-money real estate, Australians can make the move into a region of their choice with plenty of cash leftover.

The Australian Government knows this. We’re working hard to make the regions even more attractive, for the long term.

The key is jobs. We’re hearing a lot just now about contraction of business – but the reality is there are good jobs – great jobs – across regional Australia. Businesses are hiring today.

The Government is legislating to extend JobKeeper until March 2021. I’ve lost count of the number of people who have said to me: “but for JobKeeper my business or my job would have been gone – forever.”

But urgent COVID-related actions such as JobKeeper and the JobSeeker supplement aside, without doubt, the best form of welfare is a job.

And there are jobs aplenty across regional Australia. Jobs, good jobs, right now.

Look at the approach from TAFE NSW’s Kerry Penton, someone I’ve long known and respected: a wide range of occupations dominates job vacancies in the regions.

And if COVID has shown us one thing, it’s that you don’t have to be staring at the brake lights in front of you for 90 minutes each way each day to earn a good income.

With better telecommunications, mobile black spots being fixed, sharply improved highways and a big aviation spend to keep our regional airlines flying – access between regions and the big cities is becoming easier by the month. Health and education are up there with the big cities.

The Regional Australia Institute’s website has a detailed map of where the jobs are, by job category, across 37 different regions. Its latest Quarterly Regional Jobs Update references 40,000 jobs on offer – 40,000!

We heard last week of estimates from the Minerals Council of Australia of a further 32,000 jobs in that sector in the next five years, across the regions, based on the Government’s agenda of cutting red tape and easing taxes.

But here again it’s not just these macroeconomic actions – the Government just this week granted Major Project Status to a mineral processing facility in WA set to create 450 jobs during construction alone.

Far from shrinking our fiscal effort in the face of COVID we’ve set about accelerating infrastructure projects – not least fast-tracking major highway works across several states.

At Friday’s Bush Summit, we announced the appointment of former Queensland Governor, the Hon Penny Wensley, as our new National Soils Advocate. Penny’s work will build on the National Water Grid, to ensure regional communities and farmers get the water infrastructure they need, want, expect and deserve.

Regional industries and especially their export effort will be transformed by the new Inland Rail, cutting up to $94 off the cost of every tonne of freight between Melbourne and Brisbane. And we’re backing communities and industry by building the water infrastructure of the 21st Century.

Regional Australia has a magnificent message to sell.

And the people of regional Australia are saying: welcome!