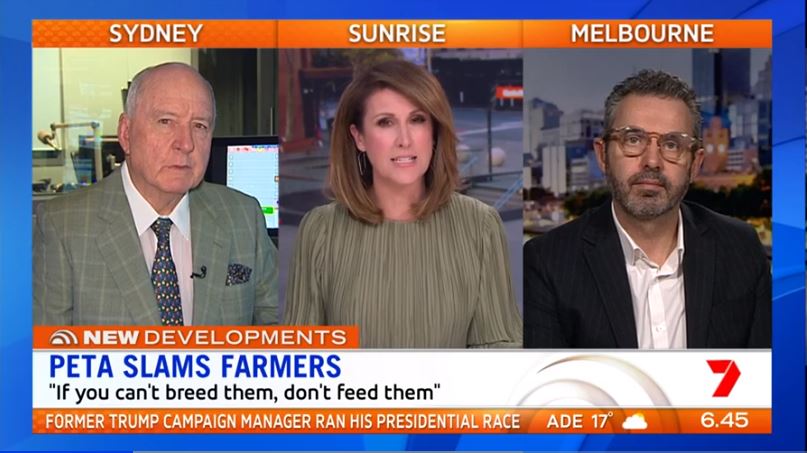 Controversial professional protest group PETA Australia has kicked farmers while they’re down, issuing a drought statement entitled “If You Can’t Feed Them, Don’t Breed Them”.

The statement from this band of self-righteous activists says farmers are only upset about animal suffering because there’s no money in it, before promoting veganism.

“How many bales of hay have they bought, how many sheep have they fed how many animals do they know anything about,” the veteran broadcaster asked. “Farmers love their animals… they are in a state of deep distress as to what is happening to animals, it’s not helped in any way by this crowd.”

The statement from PETA reveals its absolute ignorance of farming practices, especially around issues like flystrike; anyone who has seen an affected animal would never willingly put their sheep at risk.

What PETA has done is to attack farmers when they’re at their lowest, in a cheap attempt to promote their vegan agenda. This is just one of a number of ‘activist groups’ that spreads their one sided, ill-informed message on social media, before encouraging their supporters to vote Green.

The NSW Nationals unreservedly condemn PETA’s statement and applauds the new steps to help support our farmers and rural workers announced by the NSW Government this week.