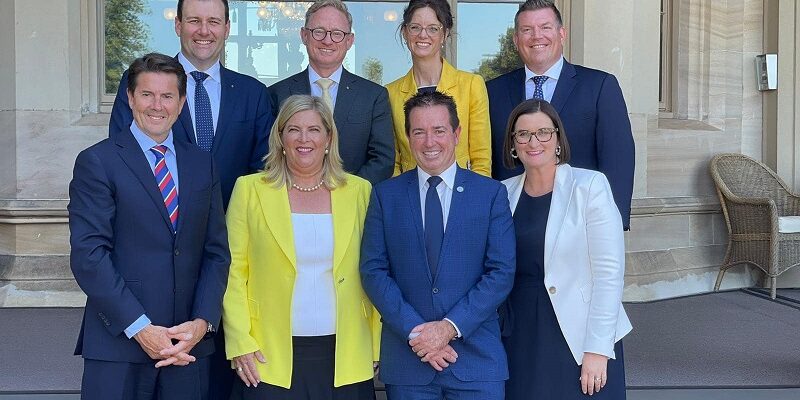 Premier Dominic Perrottet and Deputy Premier Paul Toole have announced a new Cabinet team to focus on delivering the NSW Government’s vision for the state.

It combines a wealth of experience with fresh energy at a critical time, leading NSW out of the pandemic and toward a stronger future.

“Our new Ministry harnesses experience, while allowing for renewal and injecting fresh energy into the team,” Mr Perrottet said.

There are nine first-time Ministers in the new-look Cabinet and four of the new ministers are women, including Nationals Member for Cootamundra Steph Cooke, who takes on the portfolio of Emergency Services and Resilience.

Adam Marshall and Melinda Pavey leave Cabinet, having served our Party well as Ministers, and remain part of The NSW Nationals team.

Deputy Premier Paul Toole said the past three years have been some of the most challenging in our State’s history, with the team’s focus now on recovery and strengthening our resilience.

“We’ve gone through the darkest of days, but we are focused on building stronger regional communities – stronger for their services, their jobs and the opportunities we’re unlocking for this generation and the next,” Mr Toole said.

“Regional health has been a big focus of our Government since day one – and as a registered nurse from the bush, Bronnie Taylor will ensure regional communities get the investment in hospitals and health services and the quality of care they deserve.

“The new Emergency Services and Resilience portfolio combines our response and recovery efforts to ensure NSW can bounce back and lead our state to a better future.”

The Honourable Damien Francis Tudehope MLC Minister for Finance, Minister for Employee Relations, Vice-President of the Executive Council, Leader of the Government in the Legislative Council

The Honourable Alister Andrew Henskens SC MP Minister for Skills and Training, Minister for Science, Innovation and Technology, Leader of the House in the Legislative Assembly

The Honourable Natalie Peta Ward MLC Minister for Metropolitan Roads, Minister for Women’s Safety and the Prevention of Domestic and Sexual Violence