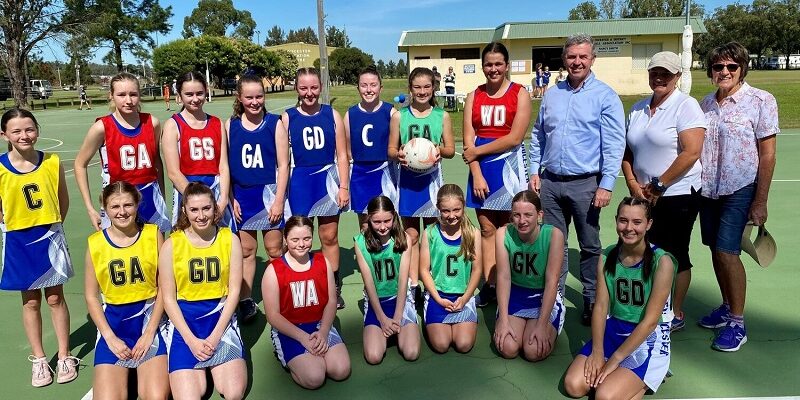 The Gloucester netball community is celebrating a $300,000 funding injection for court reconstruction and a new amenities block.

Dr Gillespie said the funding, from the NSW Nationals in the federal government, will support hundreds of local netballers by delivering new and improved facilities and surfaces.

“Gloucester netball players will soon have the confidence to move faster and attack harder, thanks to $300,000 to reseal Gloucester District Netball Association’s courts,” he said.

“The courts are in desperate need of replacement, this old surface is crumbling, with large cracks creating trip hazards for the players.

“Work could be underway before the end of the year on the project, which would make the courts safer and bring them up to first-class competition standard,” Dr Gillespie said.

Funding is being provided under the NSW Nationals in the federal government’s Local Roads and Community Infrastructure Program.