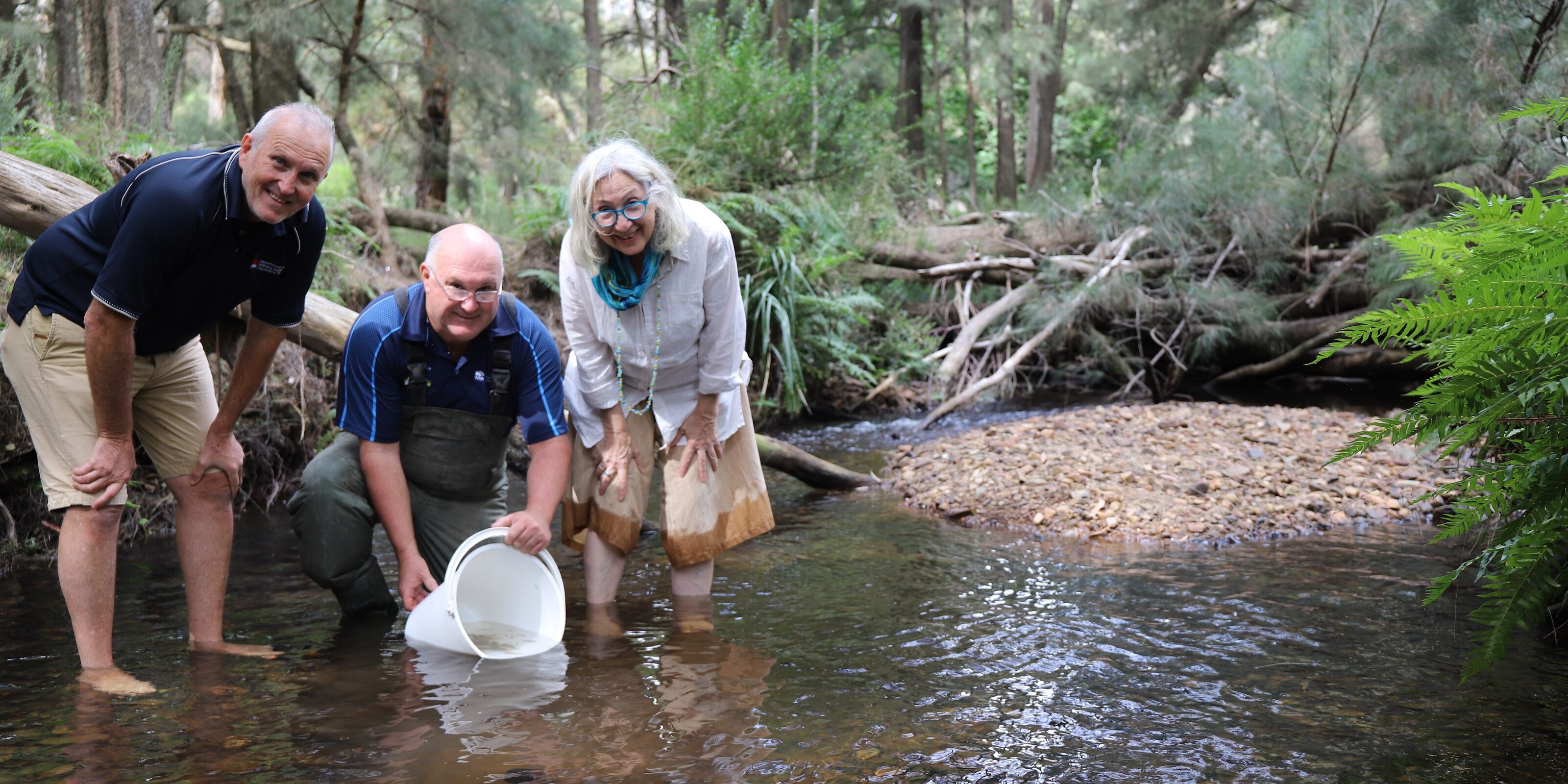 More than 7500 juvenile Macquarie Perch have been released into the Macquarie River, more than 70 years after the species was last recorded in the catchment.

NSW Nationals Agriculture Minister Adam Marshall said the fish were released into the river at Winburndale Dam near Bathurst.

“After a 70-year hiatus from the local waterway, it is very special to see more than 7500 of these Macquarie Perch return home,” Mr Marshall said.

“We are very excited to be reintroducing this species here after they were bred at our flagship fish hatchery at Narrandera.

“It is our hoped these fingerlings will grow up to establish a new population here and once again become abundant in the Macquarie River catchment from which they derive their name.”

NSW Nationals Member for Bathurst Paul Toole hailed the release as a significant moment for the local community.

“While it is always fantastic to see fish returned to our local waterways, this is an extra special release of more than 7500 Macquarie Perch,” Mr Toole said.

“Conditions are now ideal for these fish to flourish and it’s expected their populations will be able to thrive over the coming years.”

The project was funded under the NSW Nationals in the state government’s $10 million 2019/20 NSW Native Fish Rescue Program.

“Our native fish species and our aquatic environment are precious resources that we must protect for future generations,” Mr Marshall said.

“That’s why the government launched this large-scale effort to create a ‘Noah’s Ark’ program to conserve native fish after the devastating drought.”