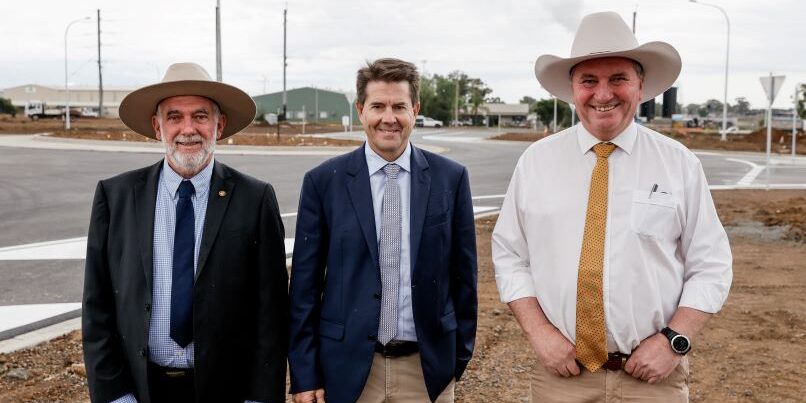 Tamworth’s economy is set to grow thanks to $20,246,000 from the NSW Nationals in the state government’s Restart NSW Growing Local Economies Fund.

Nationals Member for Tamworth Kevin Anderson said the NSW Government had funded the Trunk Stormwater Drainage infrastructure as part of the Tamworth Global Gateway Park, a development which will create thousands of jobs.

“That is why we have invested more than $20 million in laying the foundations to attract big business here in our city.

“This is just part of the NSW Government’s vision for the Tamworth Global Gateway Park which includes the $35.4 million rail line reactivation and the $9.54 million Country Lane Roundabout.

“We are connecting Tamworth to the world through the intermodal rail line and businesses have been jumping at the opportunity to be a part of it. This latest announcement means that we can officially open the gates to big business in Tamworth.

“Manufacturing and industry make up 10.7% of jobs in Tamworth and I know that with the completion of Tamworth Global Gateway Park, our jobs will be secure,” Mr Anderson said.

The Intermodal Rail line reactivation project was funded by $35.4 million from the NSW Government. Tamworth Regional Council has selected Qube Logistics to build and operate the intermodal terminal.