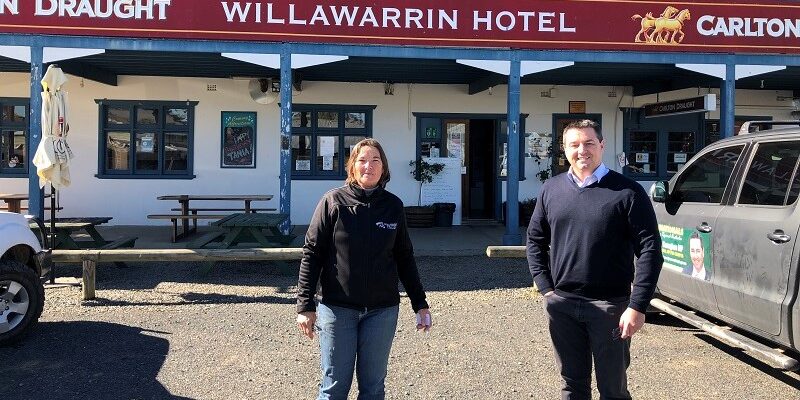 17 government MPs from across Australia have come together to support a Private Members Bill which will see telecommunications companies made accountable for continued poor service in regional and metropolitan areas.

Federal Nationals Member for Cowper Pat Conaghan said an alarming number of his constituents told him horror stories about telecommunications, particularly during the recent fires and floods that affected the Mid North Coast.

“Not being able to access critical services and contact loved ones during emergencies is at best stressful and at worst life threatening. Something needs to change and quickly, we can’t have this continue in the regions,” Mr Conaghan said.

Federal Member for Berowra, Julian Leeser, has prepared an exposure draft of the Bill following years of inaction by telcos to fix fundamental issues in his electorate.

“Telecommunications is an essential service people rely on but for many people, the telco service is worse today than it was 20 years ago. We’ve got kids studying for the HSC who can’t connect with teachers because their internet doesn’t work, teachers are presenting online classes from the McDonalds carpark because they can’t get reception at home. We’ve got people in life threatening situations who can’t dial Triple Zero because they have no mobile reception. It’s not good enough,” Mr Leeser said.

The exposure draft of the Telecommunications Reform (Telstra, NBN and other Providers) Bill 2021 is now open for comment. Proposed changes include:

• A Universal Mobile Service Obligation – Australians, regardless of where they live, should be able to use a mobile phone to make a call or access the internet inside their home or at their workplace.
• A Customer Service Guarantee will mean that no caller to a telco will be left on hold or more than five minutes. ‘No service, No fee’ provisions mean that anyone who is without service at their home or business for more six hours between 8am and 8pm over a month gets that month of service for free.
• The Bill will require telcos to be transparent about their customer service. It will require telcos to publish details of the number of customer complaints in their annual reports. Telcos will have to advise prospective customers of their standing in the Ombudsman’s customer service league table before concluding a contract.
• Telco execs will be held personally accountable for their poor customer service and failure to meet the needs of customers. Telco executive bonuses will be contingent on customer service improvements.
• The Bill will make telcos, and their executives, financially liable for preventable deaths caused through their inaction. When a coroner finds that a death would have been prevented had the telco acted differently, significant financial penalties will be applied to the company and its executives.

“Everyone has a story about poor coverage, and poor customer service. There simply isn’t enough accountability,” Mr Conaghan said.

People interested in making a submission can go to www.telcoreform.com.au