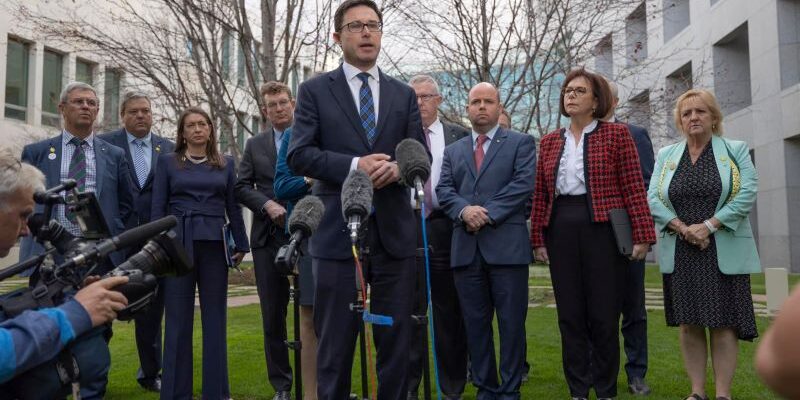 Mr Littleproud said the Minister’s announcement of a Government taskforce to examine Australia’s biosecurity preparedness is just a rebadge of what the former Coalition Government already had in place.

“An approach this slow, muddled, and confused would reap havoc on our agricultural industry. It has taken over four weeks for the Minister to get the right people in a room together and to take this seriously,” Mr Littleproud said.

“We committed $67.4 million in the 2021-22 Budget to ensure Australia continues to exactly what’s being announced so Australia has a robust biosecurity preparedness and response capability in the event of an outbreak.

“The Minister has tried to dress this up as a new initiative but it will go nowhere towards reassuring farmers of his ability to handle this situation.”

Mr Littleproud said one of Australia’s most important industries could face disaster due to Labor’s frustrating indecision and delay.

“This Government does not seem to know the meaning of immediately or urgency,” Mr Littleproud said.

“I am dumbfounded by the lack of action to protect Australia’s meat industry from foot and mouth disease.

“Only in the past week have airports had any disinfectant foot mats – allowing thousands of passengers to enter the country without proper screening.

“The Labor Government still hasn’t banned passengers bringing in food products. This week we saw an Australian traveller enter the country from Bali with a leftover Maccas meal in his backpack.

“The threat this posed was enormous. It shows the biosecurity risk to our country is incredibly serious and should serve as a massive wake up call.

“None of the 18 new biosecurity officers promised have been recruited for airports and mail centres and we’re told they won’t be there for another two months.

“Labor must ease the anxiety in rural and regional Australia and do everything it can to protect our precious meat and dairy industry.”