Historic legal reforms for victim-survivors and their families 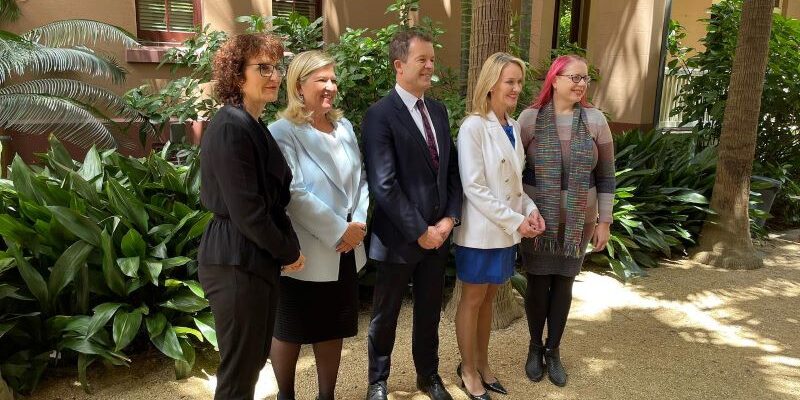 NSW will become the first Australian state or territory to create a stand-alone offence for coercive control, with historic and life-saving law reforms passing Parliament.

Coercive control is a form of domestic abuse that involves patterns of behaviour that have the cumulative effect of denying victim-survivors their autonomy and independence.

The new law will make it an offence to carry out repeated abusive behaviours to a current or former intimate partner with the intent to coerce or control, and will carry a sentence of up to seven years in jail.

Nationals Minister for Women Bronnie Taylor said the government stands shoulder to shoulder with victim-survivors and their families, and the families of those whose lives have been tragically taken, in condemning this insidious abuse.

“The NSW Government has acted to ensure the lives of women, children and all members of our community will be made safer,” Mrs Taylor said.

Attorney General Mark Speakman said these landmark reforms are the product of unprecedented consultation, including at least eight rounds of consultation over two and a half years.

“Domestic abuse isn’t just about physical violence. Perpetrators of domestic abuse also use physical, sexual, psychological and financial abuse to hurt and control their ‘loved one’. Sadly, this behaviour is a known precursor to domestic violence deaths,” Mr Speakman said.

“Our community has grieved with the families of too many domestic violence murder victims where the precursor was abusive behaviour that stripped away autonomy and human dignity. These reforms will drive societal change to make sure we protect our most vulnerable and provide an avenue to justice for those who need it most,” Mrs Ward said.

There will be an extensive implementation period of at least 14 months and up to 19 months before the laws commence, to allow plenty of time for training, resourcing, education and raising community awareness.

The NSW Government has committed an additional $69.6 million in this year’s Budget for services that support victim-survivors of domestic and family violence, and minimise the trauma experienced during legal proceedings.