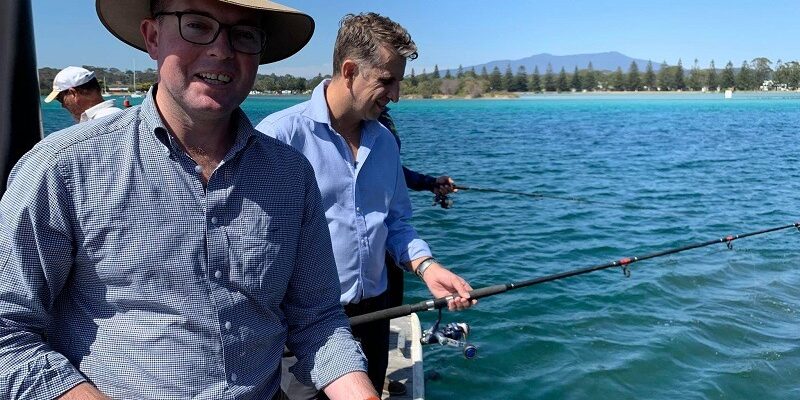 Nationals Minister for Agriculture Adam Marshall has taken aim at the Animal Justice Party for recklessly threatening the future of the state’s invaluable fishing industry.

Mr Marshall said he would not entertain the Prevention of Cruelty to Animals Amendment (Aquatic Animal Recognition) Bill 2021 tabled before Parliament by the radical group.

“The Animal Justice Party has put forward a bill before Parliament which threatens to strip our fishers of their long-standing and perfectly sound rights,” Mr Marshall said.

“I fiercely oppose this bill and so too does the NSW Government.

“Fishers are an integral part of our state’s economy and lifestyle and they know best practice. I won’t let dangerous left-wing ideologues with no knowledge of industry or who have never wet a line tell them how to do their business.

“If anyone thinks I would ever sit idly by while the AJP jeopardises the rights and future of any of our critical sectors, including recreational and commercial fishing, but also farming and agricultural practices, then they are plain wrong.

“I couldn’t imagine a single one of our fishers wanting to inflict unnecessary harm on any being, but with NSW home to the strongest suite of animal cruelty penalties, I know these act as a deterrent to any member of the public who considers doing this.”

“The NSW Government has received feedback from more than 6,000 submissions of community consultation, and I can assure fishers, their established practices will remain legal under any legislation I bring to parliament,” Mr Marshall said.

For more information on the Animal Welfare Review, visit the NSW Department of Primary Industries website.