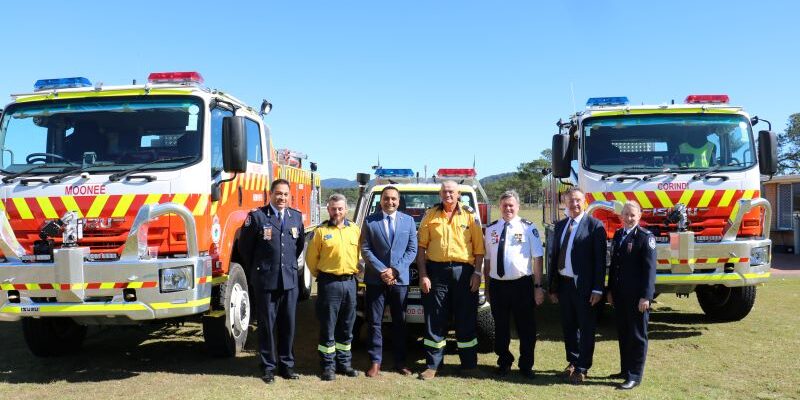 Three new tankers worth $860,000 have been handed over to members of the NSW Rural Fire Service Coffs Coast District in a ceremony which also recognised the heroic efforts of volunteers during the 2019-20 Black Summer bushfires.

“I want to thank these members who provided sustained and significant service protecting communities during the devastating 2019-20 bushfire season,” Mr Singh said.

“It’s crucial our brigades have these resources at their disposal so they can respond to a range of incidents, whether that’s bush and grass fires, car crashes, house fires or even floods,” Mr Singh said.

In addition to the National Emergency Medal, 51 members were also honoured with RFS Long Service awards, recognising a combined 776 years of service.

Assistant Commissioner Smith praised the hard work and incredible contribution of brigade members across the region.

“Every single one of these members should be proud of themselves and their dedication to protecting communities across the state,” Assistant Commissioner Smith said.

“Whether they were battling blazes during one of the most destructive fire seasons in recent memory, to providing more than 50 years of service – it is incredible to have these volunteers to mentor and guide the younger generation joining the Service.”