Federal Nats chair honoured for service to the community 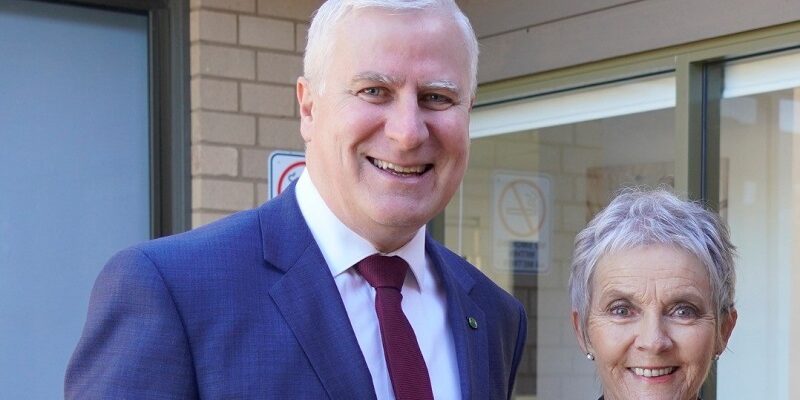 Mrs Hull’s admission to the Office of the Order of Australia recognises her distinguished service to rural and regional communities through health, skills development, and agricultural organisations.

Mrs Hull was previously made a Member of the Order of Australia in 2015 for significant service to the Parliament of Australia, and to the community of the Riverina as a leader and advocate.

“Kay Hull, former federal Member for Riverina and now federal Chair of The Nationals, continues to put the best interests of her community first and foremost. Kay has delivered a permanent legacy for good to the Riverina and to Australia, and we thank her for her ongoing contribution,” Mr McCormack said.

Mrs Hull spent 12 years in parliament as the NSW Nationals Member for Riverina, but this latest honour acknowledges her work after politics.

Since leaving politics in 2010, Mrs Hull has chaired organisations in fields including palliative care, skills, alcohol and other drugs, and rural research and development.

Mrs Hull, who grew up in Guyra in the New England region, said a passion for rural and regional communities had driven everything she does.

“I always felt that every child should have the choice to live and work in rural and regional and remote Australia, if that was their choice. If they want to go to the city to work or want to further their dreams, well fine. But if they don’t have any choices, that’s wrong,” she said.

The NSW Nationals congratulate and pay tribute to all the local champions who have been rightly honoured alongside Mrs Hull.