Delivering for female firefighters in Singleton 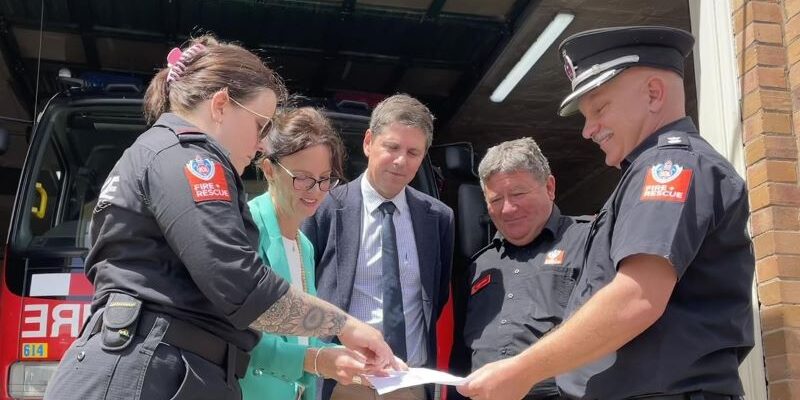 Work will start soon on upgrading Singleton Fire Station to provide new dedicated female amenities as part of a $50 million investment from the NSW Nationals in the state government.

Nationals Member for Upper Hunter Dave Layzell said the decades-old building will be upgraded with new bathrooms and change rooms.

“This project will benefit both female and male firefighters by providing them with private, separate facilities,” Mr Layzell.

“I brought the Emergency Services Minister to Singleton in September to show her first-hand the need and I’m delighted that Singleton has now been selected as one of the first in the State to be upgraded.”

“Women are joining our firefighting ranks in record numbers, which is wonderful, but means we need to construct separate female and male amenities in some of our oldest stations,” Ms Cooke said.

“We’re making this happen with a $50 million investment over the next 10 years and I hope it helps even more women to consider a career as a first responder.”

FRNSW Commissioner Paul Baxter said the funding is playing a major part in the continued modernisation of the firefighting agency.

“We are attracting more and more female firefighters and that’s a deliberate strategy, which is why we’re now revamping our stations to meet FRNSW’s changing diversity and inclusion needs,” Commissioner Baxter said.

“In stations like Singleton, we’ve been relying on unisex cubicles as a makeshift changeroom measure and that’s all about to change.”

As part of the project, FRNSW will also extend the rear of the station and create dedicated ‘transition’, ‘clean’ and Breathing Apparatus decontamination areas.