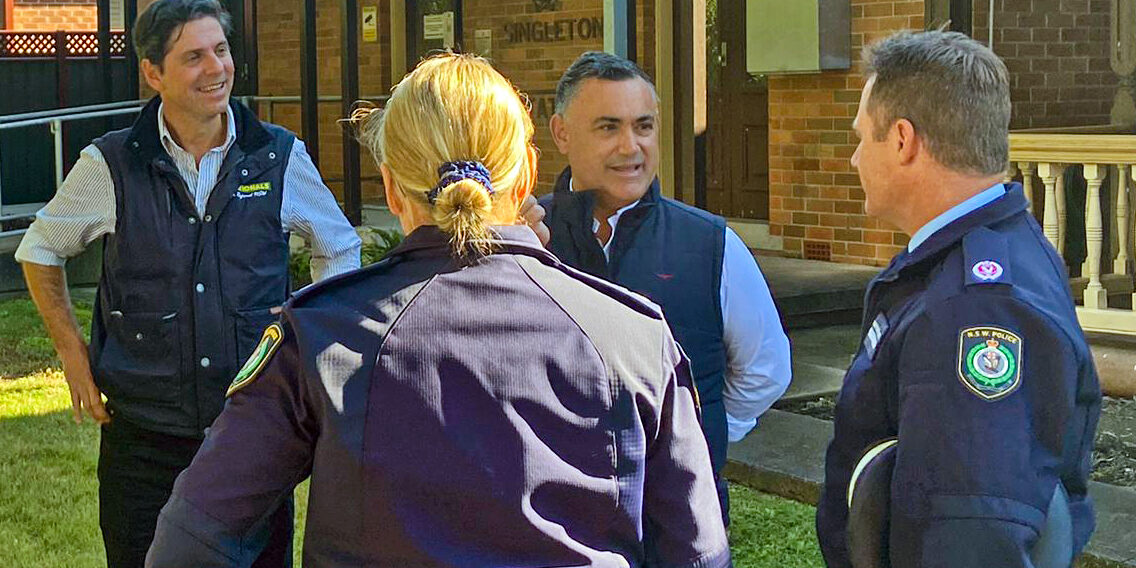 The people of Singleton will be safe and secure thanks to a brand new police station, NSW Nationals Candidate for Upper Hunter Dave Layzell says.

The NSW Nationals in the state government have secured $12 million in funding to build the new police station, which will be a significant boost for the region.

“The old police station has served the community well for many, many years, but it’s time we had a new facility to set us up for a safer, stronger future,” Mr Layzell said.

“Our police work hard to keep our families safe and it’s only right we give them the state-of-the-art facilities they need to do this important job.

“I want to thank Deputy Premier John Barilaro for this announcement, which I’m sure will be welcomed by the community.”

Mr Barilaro was joined by Minister for Police and Emergency Services David Elliott and Mr Layzell at Singleton Police Station on Monday to make the announcement.

“The current police station in Singleton has been serving the community since 1867 and the heritage listed building is home to around 50 staff,” Mr Barilaro said.

“The new fit-for-purpose station will meet the needs of the growing Hunter Valley Police District and mean Singleton can continue to be well resourced by NSW Police as part of the NSW Government’s commitment to building a safer and stronger Upper Hunter.

“I want to thank all the officers and staff working within the Hunter Valley Police District for your service and dedication to the people of NSW and this brand new police station should better serve the deserving community of Singleton and surrounds.”

Mr Elliott said the Singleton Police Station will have the state-of-the-art resources that our modern police force needs to operate effectively.

“Police numbers in the Hunter Valley Police District have been steadily increasing, from 163 in 2019 to 181 this year, and with the NSW Government’s commitment to delivering an additional 1500 police over four years, that number is only likely to grow,” Mr Elliott said.

“A new police station for Singleton will accommodate the growing number of officers for years to come and provide a fantastic facility for current staff and the community.

“This is another example of the NSW Government’s commitment to the NSW Police Force, with 36 Police stations built or upgraded since 2011 and continued investment in police infrastructure.”

In 2020-21, the NSW Government is investing a record $287.7 million in NSW Police Force capital projects.