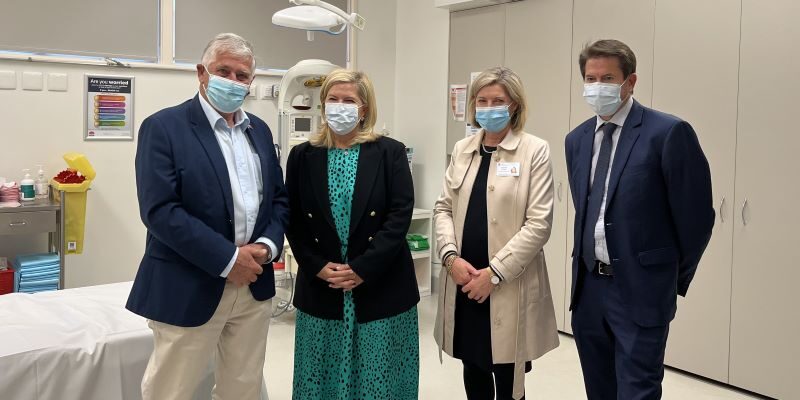 The community has had its say on the concept design for the $53 million Gunnedah Hospital redevelopment, with the feedback continuing to fine-tune plans for the project.

The release of the concept design consultation report follows confirmation the upgraded facility will deliver 54 spaces to provide care, including six new chairs for chemotherapy and renal services.

Nationals Member for Tamworth Kevin Anderson thanked the community for its input, which continues to shape the future of healthcare delivery in the Gunnedah Shire.

“The $53 million Gunnedah Hospital redevelopment is critical to the future of healthcare in the Gunnedah Shire and feedback from the community continues to be front and centre as we progress through important milestones on the project,” Mr Anderson said.

“The project team have been consulting with staff, key stakeholders including Gunnedah Shire Council, PRAMS, the Evans family, Aboriginal community, local doctors and the community through May, June, and July in Gunnedah and online and I look forward to further consultation sessions as the project progresses.

“It was also great to have the Minister for Regional Health Bronnie Taylor in Gunnedah this month to tour the hospital and confirm that it will provide the beds the community have been calling for.

“The feedback from this round of consultation shows that those surveyed want to see a hospital the reflects the region with colour schemes, artwork, photographs, and landscaping to reflect the Gunnedah Shire.

“This will be a hospital built by Gunnedah, for Gunnedah and the community’s feedback is driving that ambition.”

“The next stage of consultation will be the schematic design which will give the community a clearer idea of how their hospital will look, and how it will work. This will include plans for how rooms and services will relate to each other, and I look forward to stakeholders assisting the project team in further fine-tuning the hospital.”

Further details on the concept design consultation can be found here: https://www.hneinfra.health.nsw.gov.au/getattachment/Projects/Gunnedah/Design/Concept-design/220726_Gunnedah_Concept-Design-consultation-summary.pdf.aspx?lang=en-AU