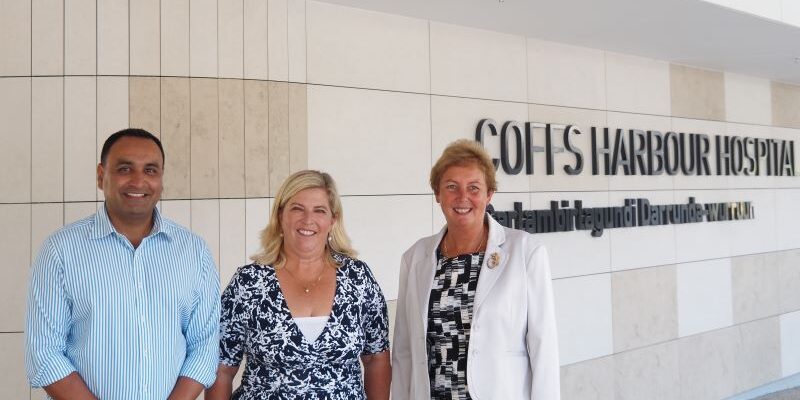 A larger emergency department, additional new operating theatres, and increased capacity for renal dialysis are just some of new services that have been delivered as part of the $194 million Coffs Harbour Health Campus Expansion Project.

Nationals Member for Coffs Harbour Gurmesh Singh was joined by Nationals Minister for Regional Health and Mental Health Bronnie Taylor to officially mark the completion of the significant redevelopment.

Mr Singh said the NSW Nationals in the state government know how important health care is in the region, and this investment will change and save lives.

“Since this project first began in 2018, health services in the Coffs Harbour region have been transformed, with local patients able to access world-class health care without having to travel,” Mr Singh said.

“Today’s milestone has been a long time coming for our community, and I thank everyone for their contribution in delivering a health campus that we can be proud of for generations to come.”

“The value of health facilities to their communities, especially in regional areas, has never been more apparent than now,” Mrs Taylor said.

“The project team has worked very hard, alongside staff, patients, families and consumer groups to ensure the new and refurbished facilities meet the needs of the community now and into the future, and I am very excited that work is now complete.”

The $194 million project has delivered additional facilities and services for the Coffs Harbour community and surrounding areas, including:

Between mid-2012 and mid-2021, Mid North Coast Local Health District increased its workforce by an additional 1,128 full-time equivalent staff – an increase of 41.3 per cent including 137 more doctors, 538 more nurses and midwives and 85 more allied health staff. The District is also set to get a major workforce boost which was announced as part of the 2022-23 Budget.

In 2022-23, the district will invest $776 million in its health services, an increase of $28 million on the previous financial year’s budget.

The Coffs Harbour Health Campus Expansion Project is part of the NSW Government’s record $11.9 billion investment in health infrastructure over the next four years to 2025-26, with nearly a third of the capital allocation in this financial year going towards regional and rural health facilities.

Since 2011, the government has delivered more than 180 health capital projects across NSW, with more than 130 projects currently underway – of those, more than 90 are in rural and regional areas.